Every year the team behind Stendhal raise the bar and put on an incredible festival in the wilds of Limavady, by the looks of the 2018 programme they could be on to another winner. Taking place on Thursday 9th through to Saturday 11th August 2018, the festival will feature headline performances from late 90s/early noughties indie rock outfit Embrace and reggae legends The Wailers.

Also securing prominence on the bill are local heroes And So I Watch You From Afar, Dublin folk group Lankum and a rather special performance from the Ulster Orchestra. This is beside a whole heap of home grown talent including those who have now established themselves (Jealous of the Birds, Joshua Burnside and Ryan McMullan) to the up and comers just starting out but starting to build a bit of a buzz (Cherym, Pale Lanterns and Alice LA).

The additional programming for the Thursday evening is a first for the festival and is seen as the first natural step towards a full expansion. While the entertainment for this additional evening is yet to be confirmed, they have indicated that the Foyle Film Festival will likely curate part of it.

2018 is also the year of partnerships for Stendhal as the organisers will be collaborating with the Oh Yeah Music Centre, the Nerve Centre, instrument manufacturer Ruach Music and Earigail Arts festival to present a compelling and inclusive programme of music and events. 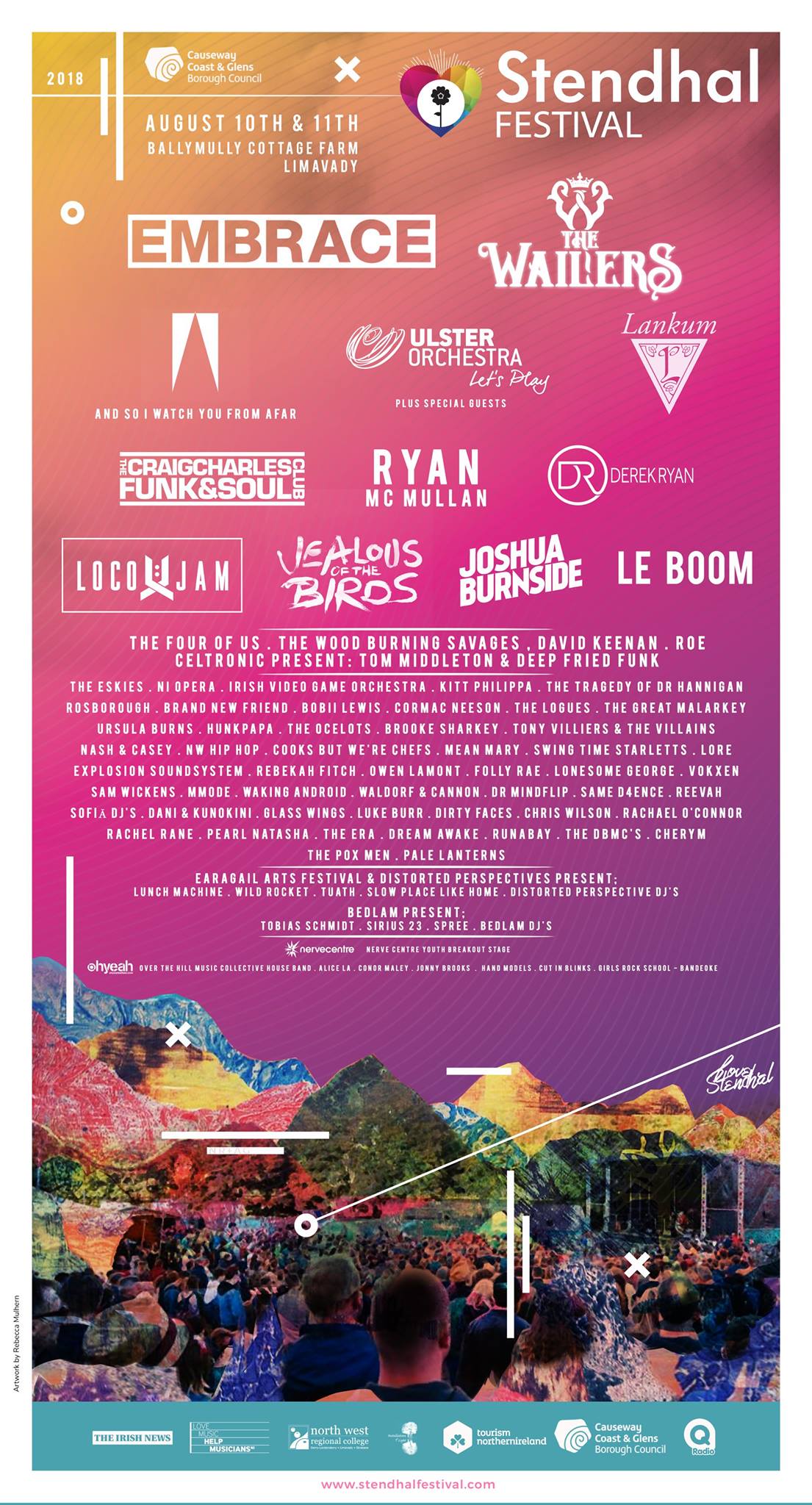