by Rebecca Armstrong
in News, Slider

The Northern Ireland Music Prize returns for another year to celebrate the very best of Northern Irish albums.  Bangor’s Foy Vance was the worthy winner of 2013 with ‘Joy of Nothing’.  The Northern Ireland Album of the Year will be decided by an Academy of local media and industry professionals following live performances by the shortlisted acts at the Mandela Hall, Belfast. 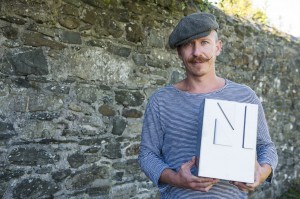 This year will see a guest appearance from the mighty Therapy?, who formed in 1989 and will be presented with an Oh Yeah Legend Award for their ground-breaking achievements. The band will perform their 1994 ‘Troublegum’ album, which sold over a million copies and was shortlisted for a Mercury Prize.

Previous recipients of the Oh Yeah Legends Award are:

Gary Moore (posthumous) (2012).In receiving the news that they were to receive this award, Therapy? said:  “It’s a great honour to accept this award. Northern Ireland made us the people that we are today and growing up up in its musical landscape informed our lives in many different ways. We’re very grateful and very proud”.Oh Yeah Music Centre CEO Stuart Bailie said: “Therapy? fully deserve a Legend Award. They completely transformed our music scene in the Nineties and are respected internationally. They continue to make great records and it will be such a thrill to hear their ‘Troublegum’ classic performed in its entirety. It will be the perfect finale to the NI Music Awards and to the entire Sound of Belfast programme.”

The NI Music Prize event is being supported by the Arts Council of Northern Ireland.The NI Music Prize is scheduled to take place during the Sound of Belfast programme. The Oh Yeah Music Centre has teamed up with a number of leading music organisations and venues to coordinate a week of live performances, industry workshops with music experts from Belfast and London, talent development sessions for aspiring artists, and community music initiatives to support the city’s music scene.

The NI Music Prize will take place at The Mandela Hall, Belfast on Saturday 15th November at 8pmTickets are priced at £12 and are available from http://www.wegottickets.com/event/288297