With the two preceding singles from their excellent ‘Unrecognisable’ album, ‘Tattoo’ and ‘Hatred & Greed’, the guys and gal that make up Ajenda, showed that they are a bonafide hard rock band. Sure, it is on the melodic side of the spectrum but, the image the band has is slanted very much at a hard rock audience. They play at all the local Rock venues and promote themselves online and on radio to that particular audience. This, they have to do, simply because it is who they are and they want to be taken seriously by their peers.

Bands of this genre used to be the masters of the ballad…as far back as you care to go, from Aerosmith’s ‘Dream On’ right on through. Any self-respecting rock band had at least one top class ballad per album. It made sense for everyone. It made artistic sense (even rockers can have their romantic or reflective moments) and it made commercial sense in that it gave the radio stations a song they could play at peak times, gave bands a wider audience and gave record companies some payback on their investment. Those who fell in love listening to ‘I’ll Remember You’ by Skid Row will over-romanticise it, those who hated everything melodic rock stands for will be cynical about it, and say it was pop music in denim and cowboy boots. My answer is that, as ever, the truth lies asomewhere in between and that, when all is said and done, a good song is a good song is a good song. For instance, anyone who has heard Kip Winger do ‘Miles Away’ on an acoustic guitar will be left in no doubt that it is a good song that should never have needed an ‘image’ or ‘craze’ to have sold it all those years ago.

And so it is with ‘Otherside’ by Ajenda. ‘Otherside’ is a good song is a good song is a good song. In fact, it is more than good. If this were a Pink or Kelly Clarkson song, with all the industry clout either of those two have behind them, this would be a smash hit. The comparison to Pink in terms of Jenny Walker’s magnificent vocals and the feel to the song are inescapable. Even though this song is a collaboration with American writer, Russell Steedle, there is nothing contrived sounding about it, the lyrics are straight from the heart of the writer and Walker conveys them with empathy and real feeling. The first time I heard the song, which was actually well before it was even included on the album (contacts baby, contacts), I just said to myself ‘hit single’. And folks, hit is not a dirty word, it’s not something to be ashamed. If Ajenda had more clout behind them, to push this song the way it should be pushed, it would be a hit and they’d shift boatloads of ‘Unrecognisable’ on the back of it, including copies to people who would never have even known the band existed because they don’t read the rock press etc. There is nothing wrong with that.

So, my advice to Ajenda and those behind them would be to push, push, push ‘Otherside,’ starting with all the local radio stations because no one can tell me that a lot of people wouldn’t love hearing this song coming out of their car speakers as they drive home. 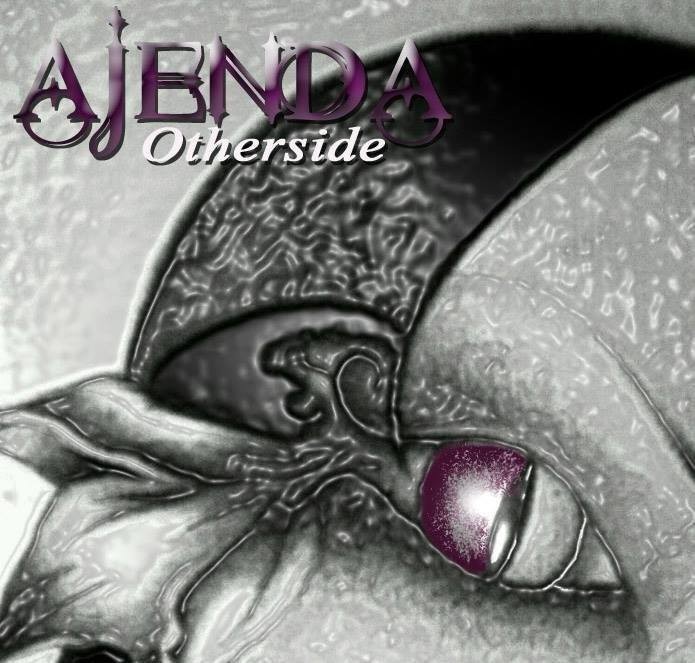