by Eoin Boyland
in Singles Club 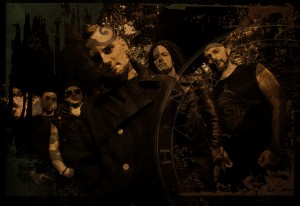 So apparently no one told Breed 77 that it’s not 2005 anymore.  Still attempting to “break boundaries” by playing generic metal with some Latin guitar work literally shoved in the middle of it, their modern effort appears to be as lame as everything previous. The acoustic guitar work would be interesting on its own, but together the two genres serve no purpose other than to water each other down.  Think of the most average album track from mid-career Disturbed, except sung by the knob from Avenged Sevenfold and you’re sort of on the right track.

I didn’t exactly have high hopes for this record, as the fact that Breed 77 somehow manage to sell records and still hold enough popularity to warrant their continued existence is something that has baffled me since their inception.  They have always been a light shade of mauve in my mind, bland, inoffensive, and easy to ignore.  If you’re looking for something heavy with the flair of South America, go dig out an old Il Nino CD or fire on some early Soulfly.

Whatever you do, avoid this at all costs.

Nine Inch Nails are Back!