If there was a prize for persistence, Chris Keys should be writing his  acceptance speech. But, he’s content to let his music do the talking. And why shouldn’t he, when he has already amassed such a fine body of work, and shared a stage with the likes of Nanci Griffith and Jim Lauderdale? The list of those who have championed Keys’ cause is a lengthy and weighty one and we at Chordblossom are only too happy to add our humble endorsement to another of this country’s finest singer-songwriters.

So, what of the song itself? Well, it sits somewhere between a lullaby and a sea-shanty in feel and subject matter – a tale of a fisherman lost at sea. The music beautifully echoes the lyrics and subject matter in a way that, frankly, I will never tire of. The music is supposed to match the lyrics and vice versa, is that not right? Melody-wise, Keys’ warm, slightly raspy vocal wonderfully captures that wistful, homesick feeling the protagonist has. Again, exactly how a song should be in a genre that is all about storytelling. And then, there is the wonderful video to absolutely seal the deal. It is beautifully shot, perfectly acted (if acting it was) and edited. The quality is excellent. Keys clearly believes in investing in his talent and given us a top notch product.

With the likes of Ben Glover doing so well in Nashville and with licensing his songs for TV/Film, you have to hope that he is paving the way for the likes of Chris Keys to do something similar, so that investment he is making in himself is properly rewarded with increased recognition here and elsewhere.

Talking of Nashville, Chris will officially launch ‘I’ll Be Home’ on Thursday 5th March at the Holiday Inn, Belfast as part of the Belnash Festival. 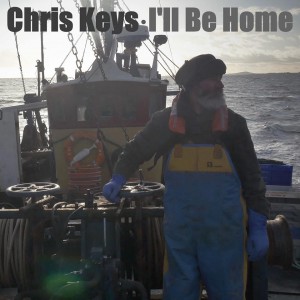