While we here at Chordblossom (rightly) focus on Nor’n Ir’n bands, because they deserve to be focused on, we are open to giving an ear to bands from south of the border. So, when a band is named as Irish Band of the Week by Dublin Concerts  as Doppler has been for its free downloadable single, ‘Railroad’, it deserves some attention.

Doppler is the brainchild of Jamie Mulrooney who, with the help of some pals, has written and recorded ‘Railroad’ and now with Robert Sheegar (one of the aforementioned pals involved with recording ‘Railroad’) and newly added member, Noel Gallagher (no, not HIM), is about to hit the boards with some live shows.

Describing their music as Indie Folk, I have to say I feel a real influence of The Verve/Richard Ashcroft’s solo work or some of Paul Weller’s more melancholy solo material. It maybe doesn’t have the attack of Northern Soul era songs like ‘A New Decade’ but it definitely has the feel of the mellower moments such as ‘On Your Own’ or ‘Drive You Home’. And that’s all good to these ears.

I am a lover of the lyric being reflected in the vocal delivery and the music itself, and ‘Railroad’ ticks all those boxes for me. There are hooks in the song but they are not obvious or cheesy. The tense atmosphere on a hungover Sunday after a steamy, drunken Saturday night comes through in waves. A Doppler effect, if you will.

This is a really promising beginning from the Kildare-based outfit. I will definitely be keeping an eye on their progress. 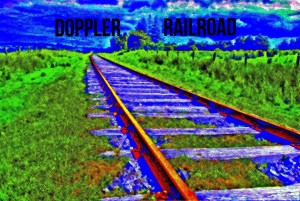