Local singer-songwriter, Kris D. Marsden,  is making quite a name for himself, and rightly so, off the back of his debut ‘Neverending Loop’ E.P. released in February this year. And you can hear why within a few short bars of ‘Dear Dad’, a single being released as a foretaste of his debut album, tentatively titled ‘My #9’ due for release in early 2015.

ADVERTISEMENT
Marsden has a number of things going for him. He has a real warm-but-lived-in voice which crackles like a fire in the wee small hours, helping to convince the listener of the authenticity of the tale he is telling – in this case a very personal one about the death of his father, well-known radio personality and musician, Derek Marsden. On top of this, Marsden is clearly a fine instrumentalist on both guitar and piano. The guitar playing is bright and clear and very well recorded and produced – thanks to Michael Mormecha (Mojo Fury) at Millbank Studios.

‘Dear Dad’ is a real ‘grower’ and it perhaps prompts the question about whether it is best suited to be a lead-off single for an album. It’s a brave choice, not just because of how personal it is but because it is such a slow burner, with that downbeat country-waltz feel and wistful delivery. The singer-songwriter genre (if it could be called a genre at all – but that’s a debate for beyond this page) is packed to the rafters, much of it very samey and it is a battle to get noticed even in Northern Ireland. Will ‘Dear Dad’ do that? Answer is, I don’t know, but I applaud the choice nonetheless and I very much hope it gets Marsden the attention his talent clearly deserves.

If you like your singer-songwriters a little bit country a la Ray Lamontagne, I suggest you check out ‘Neverending Loop’ (I did the same) and keep an eye out for ‘My #9’. 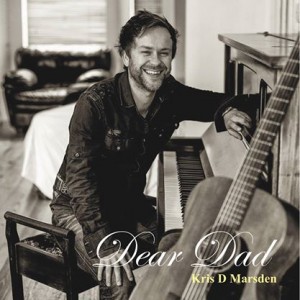 The Answer To Raise A Little Hell In Belfast