We make no apologies here at CB for focusing on bands from Northern Ireland and the Republic. We figure someone has to speak up for these bands and the undoubted quality we have here on this island which is often disadvantaged merely by geography. But, when a band from across the Irish Sea takes the time and trouble to send us their material it doesn’t go straight in the bin, it gets a listen. And thank goodness we do or we’d have missed out on a really promising band, namely Silent Party, a 5 piece band from London.

I know there are times when the whole ‘indie’ guitar band seems to have been done to death; when every second band you hear is all jangley guitars and strategically torn narrow-fit jeans. I am as guilty as anyone for getting swept along with a new wave of bands, and as guilty as the next man for then getting fed up with it, when the predictable wave of sound-alike bands come out of the woodwork. But, now that I am more than a mere consumer of music, but one who comments on it, I think I have judge a band on its merits, on its songs and not just whether I happen to have warmed and then cooled to the style of music they play.

Silent Party remind me of a slightly less shouty/chavvy The Enemy. They have good beats, with the ‘sonic intensity’ their Facebook profile boasts and, as they also claim, they have the pop sensibilities required to write songs that will appeal to a decent amount of people. The vocals have a beautiful tone, not unlike early Chris Martin (before he started singing everything in his whiny falsetto). So, ‘Remember Your Strategies’ is a very seductive introduction to what Silent Party are all about and whets the appetite for their upcoming debut E.P. ‘Fair Winds & Following Seas’. Thankfully, the band seem to be able to steer a course that doesn’t involve over-sweetening their songs. The other song I have been sent from the E.P., ‘Taxidermist’ has a slightly darker, harsher edge to it both musically and lyrically and I think that is important that they don’t become frivolous by chasing the ‘big hit’. It’s early days for this band, but I hear so far, I like a lot.

‘Fair Winds & Following Seas’ is available on pre-order from itunes. 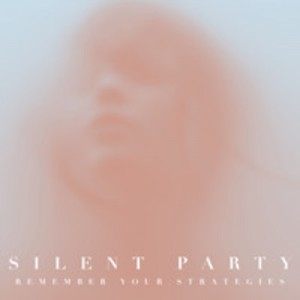