Silver’s Got Strings – ‘If Heaven’s Full’

I’m gonna say the obvious band name to get it out of the way. Mumford & Sons. There. Done it. I am sure local boys Silver’s Got Strings will either be proud or sick to death (or maybe both simultaneously) of hearing that band name in every review they have had up to now for their debut single ‘If Heaven’s Full’. So why did I just go and do it myself?

Well, because I like Mumford & Sons. I think they write great, passionate, anthems. I am not saying they have reinvented the wheel, I am not saying they are beautiful innocents lighting up the grubby world of popular music. I just like their songs and their energy. So, if Silver’s Got Strings bear any resemblance to them, then they should be proud, because it means they are a good band with a knack of writing good songs. And I’d rather there were dozens of wannabe Mumford & Sons out there than wannabe Blink 182’s.

The musical similarities are there – moreso than in other local Folk bands I have heard. The intro to the song made me inhale sharply, thinking the M&S words immediately, but…(yes there is a but) and the but is that, once they get the intro out of the way, the boys live up to their own ‘Heavy Folk’ billing. The song takes off gloriously, going to places Mu… I mean, you know who, don’t go. Head honcho, Dessie Magee has a beautiful, strong voice with just enough edge in it to cut through the guitars. His 2 cousins, John Harrison (Bass) and Declan Haughian (Drums), provide the punch in a song full of choppy riffs and accents.

Currently residing in Brighton, I hope this proximity to London will help get them noticed. The song itself should do that on its own, but we all know it’s seldom as easy as that. Click on the video, enjoy the fantastic advert it is for this band and for our beautiful country. 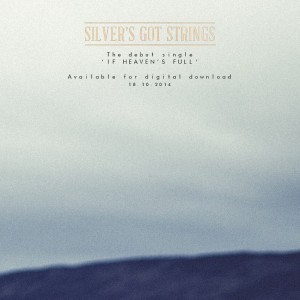