Limerick three piece Slow Riot haven’t been together long, though none of them are novices, having played in various bands both in their home city and in London. Musical preferences aside, what comes across most of all for me listening to this debut outing, is a band committed to their music and that has to be applauded.

Make no mistake, this is a style of music that needs commitment because being a Post-Punk band is not an easy ride to success. Bands like Interpol and The Editors have brought this genre back to life in recent years so its a style that has shown itself to have some chart appeal. But even so, the sparse, at times harsh anti-pop arrangement, downbeat lyrics and that flat-sounding vocal, conjuring memories of the late Ian Curtis, all add up to a sound that is really for fans of this genre only. I grew up during the original Post-Punk era with bands like Joy Division, Bauhaus etc. I wasn’t a fan then and although the intervening years have given me a bit more perspective, especially regarding the lyrical excellence of Curtis, I still find this a tough listen, especially at over 5 and-a-half minutes.

But, as I said at the start, I admire their commitment, and the band probably don’t expect everyone to love them. Post-Punk is by its very nature is music for outsiders so the boys no doubt understand that they won’t be everyone’s cup of tea. What ‘Cooper’s Dream’ fails to show, and which Slow Riot need to show with future releases, is the ability to find a little bit more hook. Dour and downbeat they may have been but Joy Division still had that ability to be memorable, as do Interpol in their own way and that is the standard they need to aspire to. But it’s early days and this is a promising beginning. http://www.facebook.com/slowriot.theband 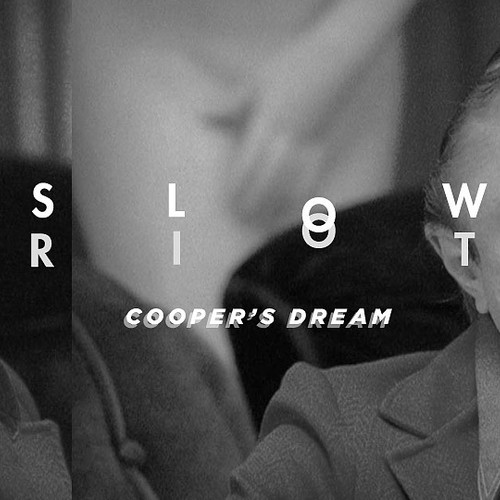