Stream: So Long Until The Seance – ‘Dead Boys’

The phrase ‘rose from the ashes of’ is one oft used in music journalism to describe band members coming together from obsolete bands to form a new one. Due to the small pool of musicians in Northern Ireland and the very nature of the subject of today’s Singles Club, however, the phrase seems particularly apt. So apologies dear reader, but: from the ashes of various Belfast bands including horror punks Little Miss Stakes comes So Long Until The Sèance, handily able to be shortened to S.L.U.T.S, a likely band of misfits whose influences include Crashdiet, HIM and Wednesday 13.

The band formed in late 2014 – principally it seems, from the restless nature of former LMS vocalist Mick Van Dyke (rebranded here at Mike Van D) and his desire to create new music. The resulting band describe themselves as “trashy, sleazy, macabre, glam…hell, even we don’t know” which is an interesting collection of labels, to say the least – but what do they sound like?

From their brand new debut single ‘Dead Boys’, the answer would have to be “actually, that’s a pretty good description!”. Combining a rather Eighties glam metal sound with some delightfully silly schlock-horror lyrics and a cleaner vocal style than we’ve previously heard from Van D, the result is toe-tappingly catchy, well produced and almost guaranteed to paste a smile on your face. It’s a smoother, slicker sound than LMS – less punk, more metal – with some tack-sharp riffs and a proper wail-y guitar solo, as well as a simple yet gloriously effective chorus. 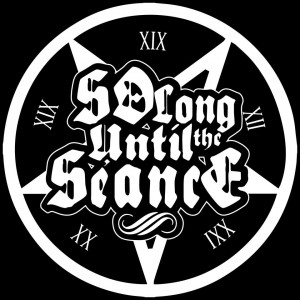 The band have released the single as a ‘pay what you like’ on Bandcamp (see above).

Most assuredly, we at Chordblossom will be lurking creepily in the shadows awaiting more output from this darkly entertaining band.

Watch: The Shout – Wait For Me