The Logues – ‘Bless The Land’

Folk music has its fair share of detractors. Even now with Mumford & Sons’ success raising the profile of Folk music, it seems that people have gone from poking fun at Folk music, to mistrusting any band who push their Folk credentials as being bandwagon jumpers. But the plain fact is that Folk has never gone away and probably never will. Pop music fads come and go, but Folk remains, especially in Celtic countries like ours and rural areas.

Castlederg’s The Logues, and bands like them, are not jumping on any bandwagon. Band’s like them have existed for decades in Ireland, making a good regular living and probably raising a goodly amount of genteel hell while they were at it. A read of their press release where ‘Bless The Land’ is described by chief songwriter Logan McCool as ‘an ode to a fictional barmaid with some ranting about the state of the world wedged in there as well for the craic…and there’s lilting’, shows a band that doesn’t take itself too seriously.

‘Bless The Land’ will not change anyone’s mind about Folk music if they are already set against it, nor will it surf any wave of mainstream adulation the way Mumford & Sons have. It is not without its catchy moments, such as the end refrain which sticks in the head after a couple of listens, but what precedes that is very much what you would expect from a band that has The Pogues as an influence – fiddles, banjos, penny whistle, a certain cadence to the melody and a certain tempo to the lyrical structure. There’s a happy-go-lucky feel to the song, even though there is a fairly downbeat message hidden away in there behind the reverie, which again is not unlike Shane McGowan’s style in terms of seeing the world through the bottom on an upturned glass.

All-in-all very enjoyable and it should cement the band’s status as one of the most popular of the new breed of Irish Folk bands. 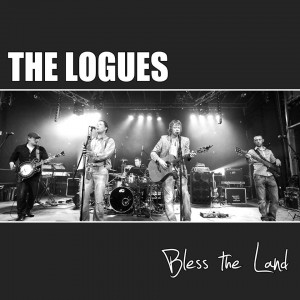