Belfast trio, The Rising may have taken their name from a song by their influence Bruce Springsteen, but it could also be inspired by the head of steam the band has achieved since its formation. With a record deal with Renegade Maverick Records in the bag and debut album, ‘Coming Home’, due to launch in late August, the band have all the foundations in place to build the next step of its career.

Aside from The Boss, The Rising call upon a myriad of influences, mostly of the ‘Americana’ variety. Tom Petty, REM, Goo Goo Dolls all get a mention and I can’t wait to hear the album to find out how all these influence meld together to make The Rising stand out. ‘Still Coming Home To You’ (live performance video above) demonstrates the band’s ability to write a heartfelt song with a strong chorus. The music reminds me of early Counting Crows (a compliment) while the chorus itself bears the strength of Matchbox 20 or Irish chart-busters The Script in this area. Tristan Harris has exactly the right breathy-yet-passionate voice to carry the song from start to finish. Choruses still sell songs. So it is good that this is an obvious strength of the band, while at no point do you get the feeling the verses are treading water or that it is all about the chorus. It is something a great many bands strive for but often fail to accomplish.

As a taster for the album, ‘Still Coming Home…’ whets the appetite. I want more of course, an album full of songs like ‘Still Coming Home..’ would be a pleasant listen on a warm day with the top down (if I had a convertable) but I hope for more besides from a band whose name comes from The Boss, the man who combines gritty realism with anthemic music with such ease. If The Rising can manage that, while keeping its own identity….well now, that would be something. 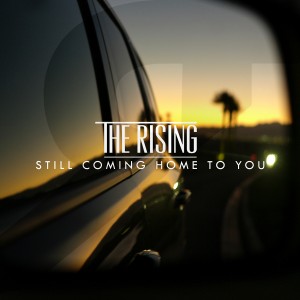 Over the Hill – Velvet Revolution