We, The Oceanographers – ‘Same Old Story’ b/w ‘The Ocean’

..or to give it its official title ‘A Single by We, the Oceanographers’, is the debut release by the Dundalk-based lofi popsters, who clearly didn’t go to the ‘Make your band name short ‘n’ snappy’ school of thought. And well, fair play to them because it at least shows a bit of thought compared the endless stream of new bands with ‘bear’ or ‘monkey’ in their name or the old chestnut of ‘The’ followed by something irrelevant (an official Chordblossom bugbear).

Formed in 2014 as the duo of Joey Edwards (former Take The Money And Run) and Conal McIntyre (Heritage Centre) and now joined by Sean Bradley, ‘We, the Oceanographers’ have come up with a pretty impressive two track single, which is mellow and catchy all at the same time. Very much ‘coming down’ music, it is a mixture of gentle beats, simple synth prodding and atmospheric guitar work. Vocally and lyrically it reminds me of a bedroom/lofi version of the The Thrills in terms of the visions it evokes – loss of innocence and the trials of adolescence/early adulthood, but also a echo of Elbow at their most chilled out and reflective. There is no doubt, McIntyre knows how to put together a very catchy, wistful, melody and deliver it in his fragile, sweet voice. Very addictive to those with a bittersweet tooth.

Both ‘Same Old Story’ and ‘The Ocean’ stick to the same pattern, which is as it should be for a band trying to show people what it is in essence. I would find it hard to get over enthused by a whole album of this style of music, so I’d be looking for more than just more of the same from imminent debut album ‘Ventures’ – but this is a fine introduction to ‘We, the Oceanographers’ as they set out on their musical journey (sorry, couldn’t resist).

The lads have promised me they are looking for gigs north of the border in Belfast and Derry as part of their upcoming tour in support of ‘Ventures’, so hopefully these will come to fruition very soon. Check them out on social at https://www.facebook.com/pages/We-The-Oceanographers and give them a like, so you can keep informed. 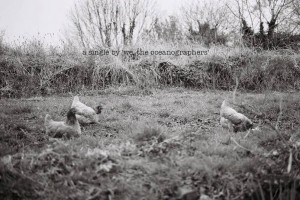 Daddy Long Legs To Descend On The Menagerie