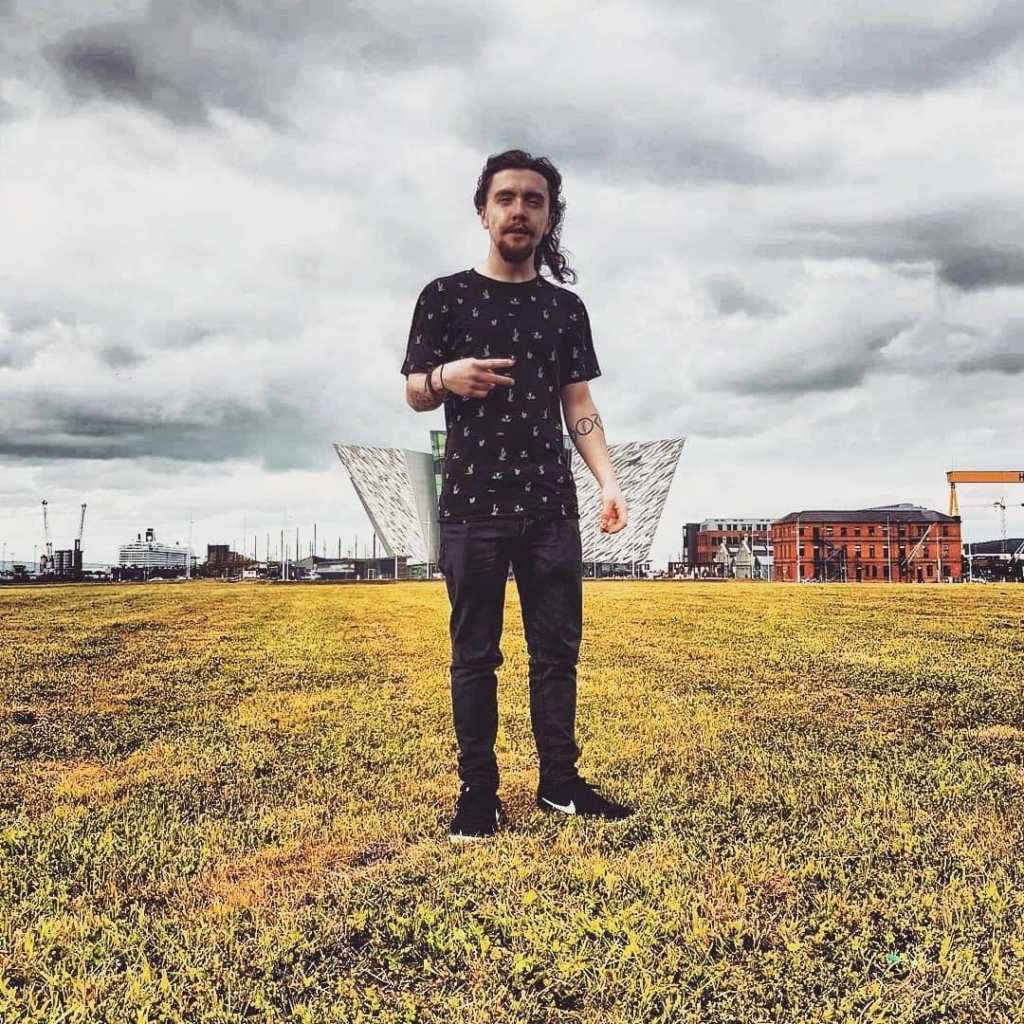 Belfast bred musician John Quinn, one half of acoustic duo Cipasso has released a solo track entitled ‘Mr Nice’. Although, he is not playing the Cajón and singing like in Cispasso but rather challenging himself and the other half of cispasso, Luke O’Neil who takes production duties in a spoken word/rap hybrid track.

Admittedly, this took a few listens to wrap my head around the concept of this track and still it is merely an interpretation. I felt it was a song dealing with the internal struggle of dealing with change; reflecting on a version of yourself that you are leaving behind, specifically growing up. In an era where it seems compassion, or simply being ‘nice’ are far too infrequent or as non-effective in a dog eat dog world, these two ideas are at play in an inward sense for Quinn.

The song begins introducing “Mr Nice” as an elusive yet vivid figure, “He stays in my room but I can hear him crying through the night” as if this version is a reminder of a past that the speaker is determined not to return to. There is an allusion to childhood as he states “I used to think that the strawberry fields would be here forever but I guess that’s a tale I let fail cause nothing really grows in this weather”. As the track comes to a dramatic close, frustratedly the speaker shouts in a strong Belfast accent “Cause I’ve been living in cycles, I’ve been living them years and years” but as the track concludes it seems the inevitability of change overrides as the speaker accepts his fate, “My voice ignored, you’ve made your choice”.

Instrumentally, the production by O’Neil evolves from sleepy off-key synths and blunt drum snares as John Quinn’s voice is layered over in a phone call filter eventually switching out of this as high pitched vocals and a melodic hue of distortion are added, and the drums becoming more defined. As the track reaches a peak with Quinn’s vocals become more distressed in conjunction with the drama of the instrumental.