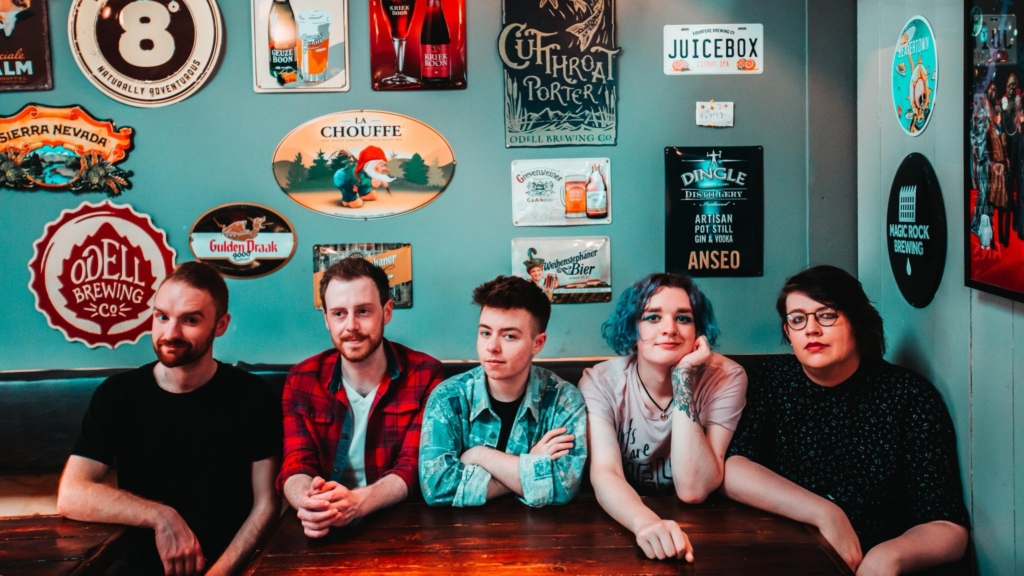 Strange New Places, the power-pop/queerpunk five piece from Belfast return with a brand new video and single in the run ahead of their debut EP Uncomfortable.

‘Mr Gumble’ is a perfect pop song featuring sprightly instrumentation with dry, self-deprecating wit AND a blistering, yet tasteful wah solo, all in three and a half minutes – it doesn’t leave much to be desired.

Staying on brand as self described “right on radicals with low self esteem’, ‘Mr Gumble’ treads rather unsubtly around issues of gender and body dysmorphia, much like The Simpsons’ character who gives the track its namesake would collapse after a night of routine binge drinking. Mildly gory, idiosyncratic and personal lyrics reach deep into the band’s history to bring to light the implications of romantic interest for someone struggling with their image and identity.

Bubbly, power-pop indebted synths and slightly out of tune guitars recall the golden age of outsider music, given a bright and modern makeover while retaining the distinct sound that Strange New Places have created with their last few releases.

The accompanying video melds pastiche and retro-irony, alternating between footage of the band in full wedding-band attire, complete with a backdrop of pastel curtains performing in a mock 80’s pop style, and the band in a dim red-tinted void with an archaically spray-painted draped behind them in a very anti-establishment manner.

Charming, funny and flat-out weird, no other band would dare make a track as bold as ‘Mr Gumble’. Their Uncomfortable EP is out now.