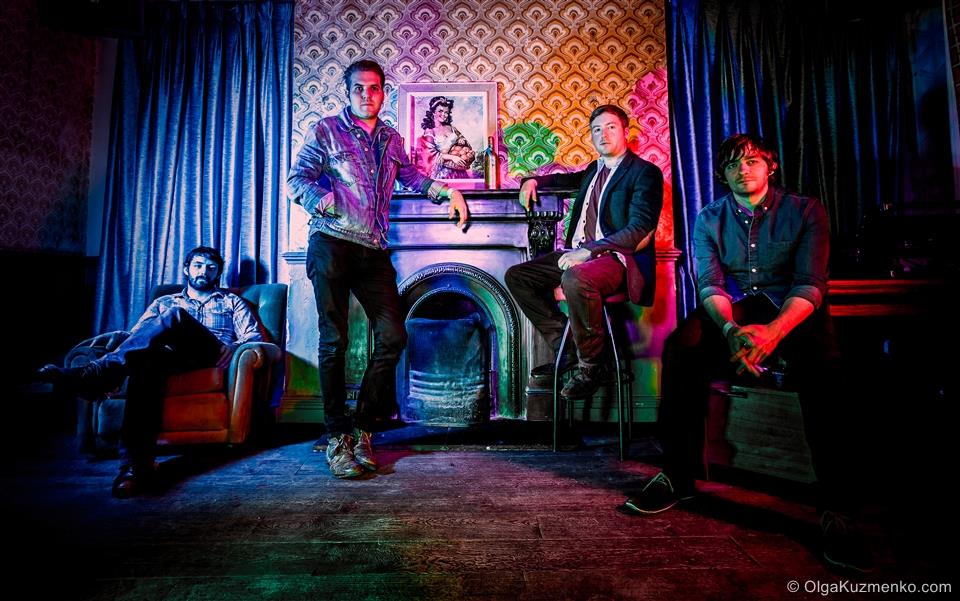 Releasing their highly anticipated album ‘The Devil is a Songbird’ on the 26th of May to momentous acclaim PORTS embarked on a small Irish tour, returning home to Derry on Saturday to celebrate their success. The charming setting of the Glassworks with its old and exquisite feel was the perfect location for such beautiful acts, sitting upstairs it was almost like sitting in the pews of a church with PORTS commanding the sermon and added a very spiritual element to the night.

Opening act Rōe is tranquil with her soothing voice accompanied by her serene guitar playing in front of an already decent sized crowd so early in the night. While nerves are evident it does nothing to diminish her ability as her confidence grows through each song, with just herself and her guitar on stage. The simple but melodic tune of ‘Ghost’ is reminiscent of early Laura Marling with her tender and authentic lyrics and make for a lovely opening act for the evening. With definite potential Rōe’s last song called ‘Echoes’ is the highlight of her set receiving a joyous reception from the crowd and this is certainly just the beginning of what we are to see from her.

Interludes were covered by Stephen McCauley which insured there was never a dull moment while the audience anticipated the arrival of the main attraction of the night. With the whole stage becoming occupied by both PORTS and the Prima Quartet as they enter, evidently elated at the reception they are greeted by. At this point, the Glassworks is brimming with an audience who have waited for this night for a long time and the atmosphere surging through the venue is one of excitement and pride.

Opening their set with the faultless and stirring ‘Remedies’ it is the perfect introduction with singer Steven McCool’s fervent vocals and the band’s characteristic harmonies. With the striking guitar from Ryan Griffiths and effortless playing from Mark O’Doherty it is palpable that the night has begun as the audience edge ever closer to the stage. ‘Gameplay’ emphasises only further the beautiful and echoing concords the band have perfected with the song building to a joyfully received crescendo.

The absolutely exquisite ‘I’d Let You Win’ is made all the more stunning with the accompaniment of the Prima Quartet and Conor Mason’s emotional piano, the audience is ecstatic. Making their way through the full track list of ‘The Devil is a Songbird’ it is continually apparent the musicianship and artistry that goes into each of their songs with McCool managing to so carefully entwine his way through the music with his words, as emotive as poetry, alongside his gifted band makes the perfect combination.

Leading into their album title track ‘The Devil is Songbird’ Steven asks the audience to be quiet and discreet while he begins something special. Starting with the tune whistled through a phone it creates a reverb feedback with another and the whole audience joins in. While this is something the band have done many times before there is something exceptional about tonight. Tenderly framing profound and insightful lyrics, McCool stands at the front of the stage confident and self-assured as the Prima Quartet pluck their strings to create a haunting and enduring composition with a subtle and isolated resonance.

Concluding their set with ‘Ancient Wave’ the band exude their last burst of energy, just as you think they can give no more with the audience singing and dancing as ardently as ever. The crowd have not wavered from their intense and impassioned position all evening and are still eager for more as PORTS and Prima Quartet leave the stage, their ovations lasting long after they have left.

Home shows are always an emotional event, particularly when celebrating something as colossal as an album release but even more so for a band like PORTS. They have poured their heart and soul into the local music scene for such a long time, with this performance celebrating the pinnacle of their success. The whole night was a dream with the beautiful, old and mystic venue matched to the ethereal harmonies by PORTS themselves. It has been a long time since I have witnessed such a committed and dedicated crowd who hung on every word uttered by front man Stephen McCool. The addition of the Prima String Quartet took PORTS songs to another level of beauty and at times the raw emotion of the band was overwhelming as you could see the genuine sense of gratitude in each of the band member’s face. The whole evening was spectacular and will be a show that I will not forget soon.