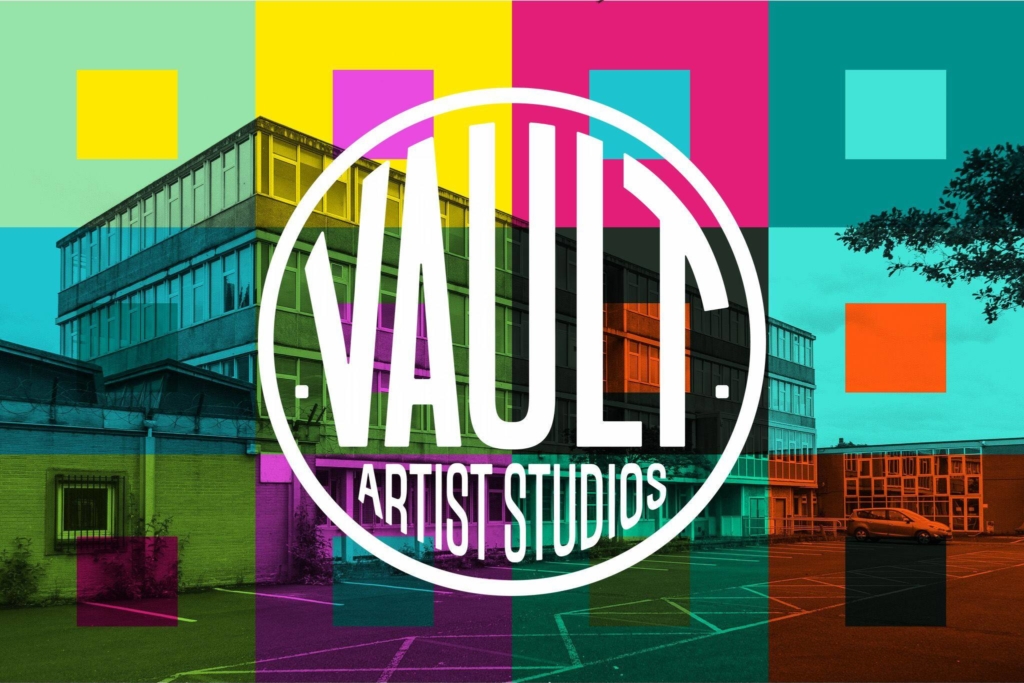 Belfast has no shortage of collectives these days. From the underground DIYness of ZOOL Records, to the forward thinking boundary pushing of Creating A Space, it seems as if there is an appetite for creation in nearly every sector of the city. The largest such gathering can be found in the old Belfast Met building in East Belfast, and it’s one of the most diverse the city has to offer. With musicians like Son of The Hound and Blue Whale neighbouring with sculptors, test kitchens and circuit performers, the three-storied building on Towerstreet has plenty of stories to tell. So when they announced their Fringe Festival, I felt more than obliged to venture down myself.

Making my way down Tower Street, I can’t help but admire the space itself. the artist enjoy a healthy relationship with the street residents, one built on space and respect, and many of them have come out of their homes in support of the event. Outside, attendees move around comically large pieces of Backgammon, street artist decorate their surrounding buildings, and food trucks sell their delicious wares. It seems criminal not to try everything, but I am driven by purpose.

I enter the theatre for what turns out to be the second half of Comrade Hat’s set. They would return to the stage not long after they finished, having shifted singing duties to another member for a different iteration of themselves, but we’ll tackle that later. For now, I settled into a dusty corner, accompanied only by a lone piano and my plastic vessel of craft beer (provided by the pop-up Sunflower Bar stall outside the venue), and basked in their curious mix of loud, anthems grooves and smooth vibes. Full bodied and toothsome, their moody swing suited the dark corners and high ceiling of their performance space.

Following the show, a quick interlude begins as the band retire for a break. I make the most of my time, opting for the poutine and a gluten-free quesadilla (nailed it) before trying my hand at axe throwing (did not nail it). In a magic turn of events, writing does not translate to the kinetic relationship between a blade and its target. Still, I felt like I needed the practice, you never know when you’ll meet a random Thin Air contributor in a dark alleyway. [editor – sigh, Ben] It’s not long before the musicians rouse themselves. Lured in by their crepuscular, airy rhythms, I abandon the Algae Oxygen Bar and re-enter the gloom.

Made up of the same members from the previous act, but now fronted by singer Maya Goldblum, Queen Bonobo take a jazzier stance than that of their first act. With striking, gospel-inspired vocals and the thick slap of the double bass laying the foundation upon which the band build their sound, they provide a unique and fluid sound for the festival. A set infused with pop, folk, jazz and funk, it’s almost impossible not to become wrapped in the group’s addictive groove. The lounge singer sweetness of ‘Honey’ and the new age spacey keys of ‘Boom Boom’ are a treat to see live, with the band exiting the stage to a room-sized applause.

Another short break preludes the arrival of Joshua Burnside, the headlining act of the festival and one of the residents of the collective. A prolific performer, the folk artist is known for putting a modern twist on folk music and has become one of Ireland’s more beloved performers because of it. Today, the theatre is packed with family, friends and fans as Burnside begins his set. Warm, wholesome vocals tell tales of drunken nights, regret and ex-lovers as Burnside is accompanied by strings and a full band on stage, bringing his vital sound to its full warm-blooded life. With a set that you can almost taste in the air, Burnside’s wistful, familiar, venue filling sound was a highlight of the day, and the perfect way to bring the first of two days to a close.