by Michael Madden
in Music Reviews 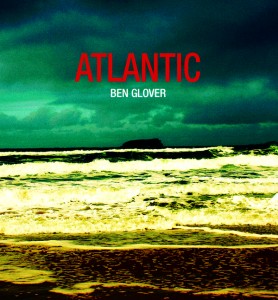 In an attempt to mesh the music of his adopted home in Nashville with that from his youth in Glenarm, Ben Glover’s 4th album, Atlantic, has been released to almost unanimous critical acclaim. Proclaiming to unite the influence of Christy Moore and The Pogues with Bob Dylan and Bruce Springsteen, the resulting album comes off as one focused more with the traditions of Americana than Irish folk.

The centre point of most reviews, which have been brief at best, is the strength of Glover and his co-writers’ song writing on the record. The little sketches of smoky motel rooms (‘The World is a Dangerous Place’), thundery skies (‘Too Long Gone’) and distant crackles of fireworks (‘New Years Day’) decorate the album, removing the listener from the Donegal cottage the album was recorded, and into the heart of the Mississippi delta. Indeed opening song ‘The World is a Dangerous Place’ is a small vignette brimming with imagery and ambiguity that looks as good written on a page is it sounds through headphones.

The album highlight, ‘Blackbirds’ is again a testament to the songwriting abilities of Glover and, on this track, Gretchen Peters. The lyric is dripping in the dark blood of a southern gothic murder tale, with Glover and Peters’ shared vocals giving an intriguing dynamic to the story. The female perspective that Peters’ character lends to the piece also delivers some of the album’s most poignant couplets (‘I left you lying there like rotten fruit upon the ground’). Peters’ other contribution to the album, lead single ‘The Mississipi Turns Blue,’ is also a stellar effort, depicting two lovers letting time pass them by like the flow of the delta. The track is also the most melodically and musically interesting on the album, which is an area that the record is at times lacking in.

A prime example of this is ‘Oh Soul’, a song previously recorded by its co-writer Mary Gauthier. The folk veteran’s arrangement is definitive; with the rendition on Atlantic missing the world weary, rustic charm that she brings to the song. Too often the album relies on Glover to provide the ear with all the action, and whilst it’s a noble intention, it can hinder the impact of the songs and leave the listener jaded. I agree that the singer-songwriter is often best appreciated with a barebones accompaniment, however an album needs to be both dynamic, and more economical of its uses of such a musical arrangement. Excluding some notable exceptions (Bob Dylan’s The Freewheelin’ Bob Dylan, Bruce Springsteen’s Nebraska), the ear needs to be drawn to something else for a 45-minute album. Otherwise we get lost, in a bad way, in Glover’s Ryan Adams-like vocals.

The at times uninspired musical accompaniment is exemplified in the instrumental section of ‘Take and Pay’. A half solo from an otherwise hidden electric guitar and some riffs traded between Ben’s acoustic and a backing vocalist are the meek contenders in the battle for the listener’s attention. Here the music comes across as directionless as it stumbles through the four bars between the chorus and the next verse. It seems that outside of the dedication paid to the lyric and melody, the album’s musical arrangement was often neglected.

Admittedly there are occasions where the music of Atlantic does entice the listener, such as the already mentioned ‘The Mississippi Turns Blue’ and ‘Too Long Gone’. It just seems that the album needed, like the writing of the songs, outside collaboration or another artist to put their stamp on the arrangement. Whether that’s from a producer or another co-writer is unclear, but considering the albums inspiration of bridging the musical boundaries of Ireland and the USA, it’s disappointing that such vanilla music was produced. The use of Nashville session players or Irish Traditional instruments could have been very welcome and refreshing for the listener.

Ultimately we are left with an album that is better enjoyed as a selection of individual songs than as a cohesive, beginning-to-end listen. The songwriting is strong throughout, as is Glover’s genuine delivery, however it’s a shame that the accompaniment rarely competes with him for the spotlight.