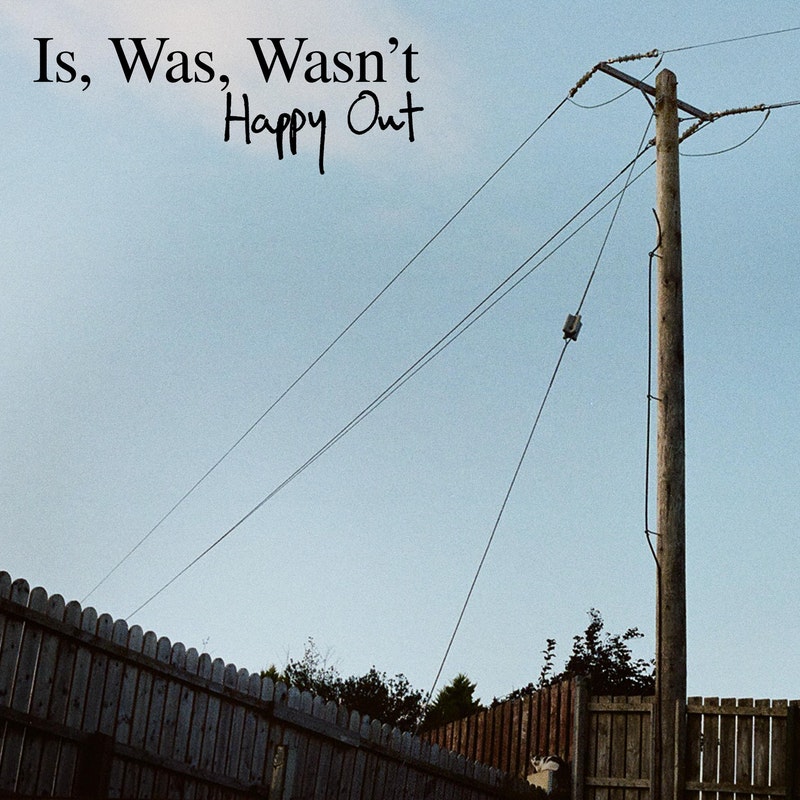 Much has been made of this post-rock trio from Letterkenny. A popular spawning point for some of Irelands most underrated underground acts (see Sheerbuzz), the latest act to ride the wave anti-establishment post-genrefication is Happy Out. With a cult following spurred on by a relentless gigging attitude, their debut EP was something of a white whale amongst their fans – the seldom seen glimpses were enough to whip them into a frenzy. Now, with ‘Is, Was, Wasn’t’ out in the world, Happy Out proudly flies a flag of off-kilter vocals, thrashy distortion and DIY production.

And, in typical fashion, they have done it their way and no one else’s. An eight-track EP with the length of a four-track one, its a microcosm for the trio – a chaotic, occasionally rudderless, miasma of full-frontal energy and emotion. Recorded themselves in the North-Western Regional College, it’s surprisingly vast in its influences. The opening three tracks vary between soft alt-rock to post-punk to noise-rock, and the pace varies just as drastically. The gloomy isolation of ‘Deadhead 1’ has the air of a band recording at opposite ends of the room, while ‘Deadhead 2’ is a spinal tap-esque, dialled up to eleven noise rock stomper. This frenetic chaos is the fuel for the act and is such a lovable quality that you can’t help but forgive its single-minded desire to drive you headfirst into every solid object it can find.

However, as with most cases, this energy is a double-edged sword. The band have captured the addictive qualities that make them a fantastic live act on their debut, but their ferocious charge forward leaves the EP somewhat directionless. It bounces around, much like its creators, in a rabid manner that can leave you breathless, but also confused and lost at times. For first time listeners, each song becomes self-contained and enjoyable in their own right, but ‘Is, Was, Wasn’t’s’ fidgety cohesion lacks a clear unifier.

The talent, however, is very much there – it’s near tangible. The broken anger and frustration on ‘Deadhead 2’, the most stunning track, lyrically, on the album, would be all the proof you need of this. However, ‘A(void)’ and ‘Good Kids’ also vie for the best songs on the album, with their stark takes on grief and mortality. Happy Out have all the skills they could ever want – experience, live credentials, fantastic lyricism and genuinely challenging, magnetic instrumentation – it’s now just a matter of tying it tighter together. A fantastic debut that leaves me with more happy memories than sad ones, Happy Out make a serious impression with their debut.

Happy Out will have their Belfast headline debut on February 26th 2020 in The American Bar. Get your ass down there.