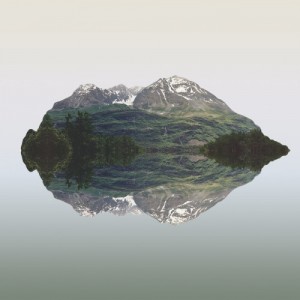 Port St. Willow is the musical project of one Nick Principe, hailing from Brooklyn, New York. This is Holiday, his ambitious début album of “music and noise”.  Principe takes inspiration from the more ambient side of the music world, lines can be drawn to Brian Eno, the Antlers and perhaps in particular Bon Iver’s self-titled second album.

Holiday is ambitious in many different ways; Principe for one insists that the album be listened to as a whole. This is not the kind of record one dips into for the odd track, Holiday requests complete immersion, but one is certainly rewarded for doing so.

The sound of Port St. Willow is one of personal tragedies and absorbing yet at times sparse soundscapes. The majority of the tracks clock in at over five minutes with usually long, calm intros containing barely more than some ambient noise or whispered guitar. The beauty of the album is in how these tracks blend together, as a whole it is so well crafted.

The reverb laden guitar parts are accompanied by some smart percussion and lots of ambient atmosphere. Never overpowering (and of course relatively scarce) this percussion is a real feature of the album. The percussion on ‘Tourist’ adds a real extra texture to the track while they drive ‘Amawalk’ on to a climax. ‘Amawalk’ boasts another of the album’s delights – the introduction of some distant sounding horns, which also appear on ‘On Your Side’, adding a bold texture to what can be a very hushed album. Principe’s pained falsetto blends into the tracks like another instrument   but when he chooses to he can soar over the music to add a real crescendo.

The whole album lasts an hour and twenty minutes; with each track transitioning beautifully into the next it’s hard to pick up for a quick listen, there are no real instantly accessible tracks. Indeed the final track on the album is a multi-movement twenty five minute piece. Holiday has atmosphere and emotion all over it. It is a truly well-crafted album, meant to be listened to with an unoccupied mind. If you can get past the length and sparsity song writing you’ll be rewarded with a truly beautiful piece of aural sadness.

Slow Magic – On Yr Side