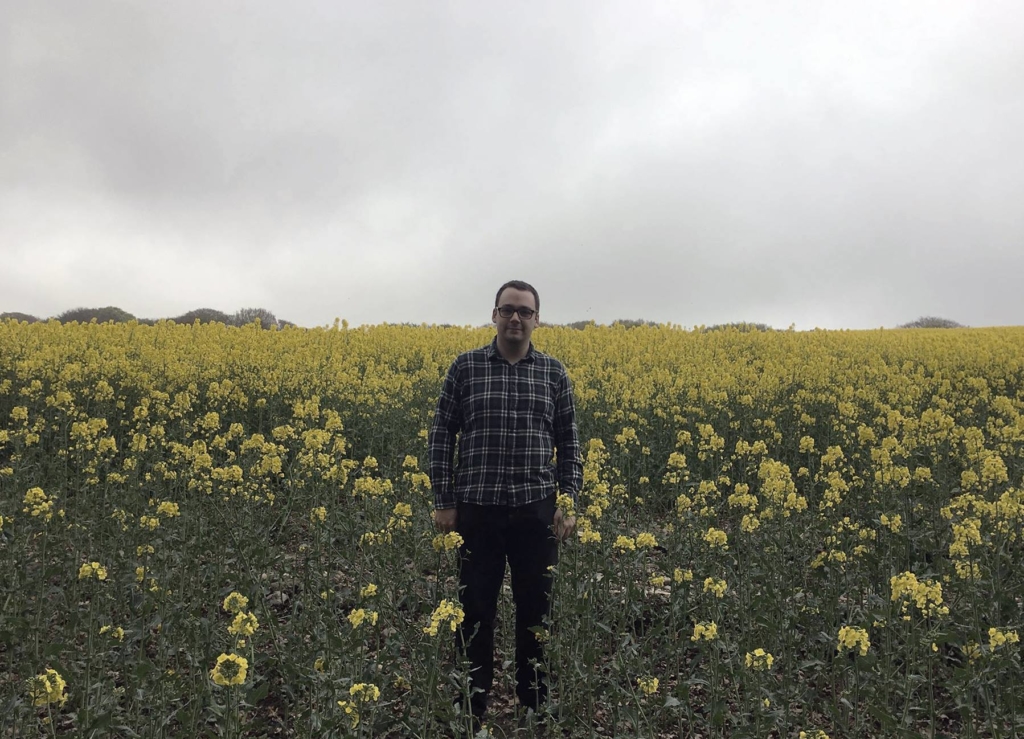 Start At The End – Contrast

Adam Miles of experimental death metal band Disconnect works quietly in the background under the name Start at the End to make retro-sounding dream pop. His recently released Contrast EP provides just that, a stark juxtaposition to Miles’ other musical projects.

‘Erosion’ and ‘Surrealist Garden’ follow in a similar fashion with chiming chorus guitars and crashing drums. ‘Erosion’ takes a nose-dive to darker post-punk territory in its second half, while the electronic percussion at the end of ‘Surrealist Garden’ provides some welcome variation.

Right in the middle of the EP is ‘My Worst Escape’. What starts off as an ambient piece with slightly flat 80s throwback synths and a vocal performance reminiscent of a more doldrum Dave Gahan turns around and becomes a very pretty, slow motion post-rock coda, which could ultimately benefit from the ‘full band at ear-splitting volume’ treatment.

The near 8-minute closer ‘Months Feel Like Hours’ alternates between standard post-rock fare and understated ambient sections, which eventually see the track to its end. The ambient sections here are what stands out the most on ‘Contrast’ – analogue sounding, dense synthesisers with sonorous overtones bring to mind Radiohead’s ‘Treefingers’ and close out the EP in the most appropriate way possible.

The main criticism here is that sonically, there is little distinction between the songwriting, production and instrumentation of each track. Structurally, the songs tend to wander listlessly through each section, sounding slightly underdeveloped.

The impact of the lyrics, which are at heart-on-sleeve confessional and at times filled with evocative imagery, gets lost under swathes of church reverb and overwhelming delay washes. As a project so indebted to dream pop and the sad/slowcore niche, you can’t help but notice the profound absence of the something that made albums like Duster’s ‘Stratosphere’ and Low’s ‘I Could Live in Hope’ so affecting and special.

On the whole, ‘Contrast’ is a pleasant, easy listen with a light and consistent atmosphere of late night nostalgia that works quite heavily in its favour. There are notable moments for sure, but sadly, they tend to get swept away by the ‘sameness’ of each track and their occasionally bloated running times.