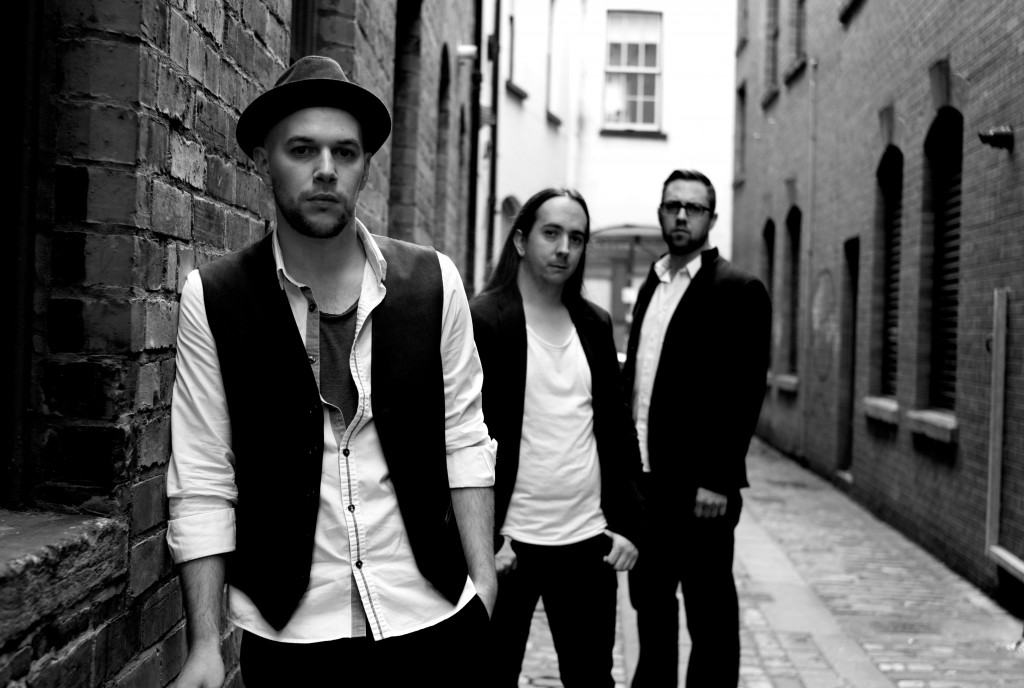 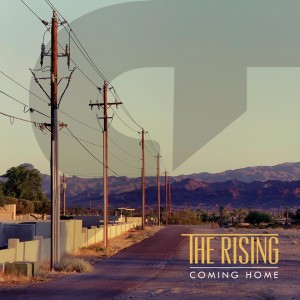 Belfast’s The Rising have lived up to their name. Their list of achievements is very impressive for a relatively short lifespan.

The single, ‘Still Coming Home To You’ was my introduction to the band (see my review here) and I was impressed by the feel of the song and the sing-along-ability of it, so I was not surprised at all that it took the band places. I said at the time, ”As a taster for the album, ‘Still Coming Home…’ whets the appetite. I want more of course, an album full of songs like ‘Still Coming Home..’ would be a pleasant listen on a warm day with the top down (if I had a convertible) but I hope for more besides from a band whose name comes from The Boss, the man who combines gritty realism with anthemic music with such ease. If The Rising can manage that, while keeping its own identity….well now, that would be something’.

So, while I wasn’t expecting an album of 9 more carbon copies of ‘Still Coming Home’, neither was I expecting it to be an eclectic mix of styles. In terms of style, after a few listens, I think The Rising are aiming for somewhere between the Country-tinged Pop of One Republic and the Country Rock of Counting Crows. This is exalted company indeed if it could be pulled off.

The album starts strongly, with the catchy ‘Calling You’. It’s not a song that tries to do anything too clever and it works on an immediate level, as such songs must do. ‘Break The Chains’ keeps up the good momentum, even if ‘breaking the chains of the night..’ is a bit 1980’s in terms of a hook line. It’s a song that shows the band wants to try to tackle deeper issues instead of writing 10 love songs and that has to be commended. ‘City By The Sea’ is that ‘tale of a band hitting the brights lights in search of fame’ song that every band is allowed (check the rule book, it’s allowed). It’s enjoyable enough fare, if a little paint-by-numbers. ‘Still Coming Home To You’ is still the band at its strongest, back to the quality of ‘Calling You’. It’s a classic ‘top down on a sunny day, turn up the radio’ song. ‘Dreaming & Scheming’ doesn’t let the side down either, with a chorus they just about get away with by not overdoing it and having strong verses to back it up.

It’s at this point where a hitherto very decent album starts to slightly lose its way. There was no doubt that after 5 songs of gentle country-tinged Pop/Rock, there was a need for a slight change of pace, so the inclusion of ‘Highway To The Lost & Found’ makes sense to a degree. Musically it’s based around a riff that is the country cousin to ‘Whole Lotta Rosie’ by AC/DC, and perhaps in a live setting it could be one they could get away with, but for me, it just doesn’t convince. But, ‘Shadows on the Wall’ is a return to the style the band are most comfortable with; that of the opening 5 songs, even if it doesn’t quite have the strength of  ‘Calling You’ or ‘Still Coming Home..’. So, the slight downward trajectory of quality that began with ‘Highway..’ has been checked.

The next song, ‘Label Girl,’ starts with a cool, interesting, bassline and strong, edgy guitar riff and my hopes were raised that the faux rockiness of ‘Highway..’ would be bettered on ‘Label Girl’. Alas, the song is badly let down by really, really clichéd subject matter and very obvious, over-used rhymes ‘seen, scene, magazine, dream, screen’. The lyrics really let down the music on this one.

And unfortunately, the same issues arise with the album closers, ‘Man On The Moon’ and its twin brother, ‘Return To The Moon’. There are things that you can get away with in the odd verse or chorus, if the song itself is strong enough to allow the odd obvious rhyme, or if it’s not a repeated problem. But, while there may be a valid artistic reason the writer had for the two songs ‘Man On The Moon’ and ‘Return to the Moon’ being together, what ends up happening is that lyrical themes and rhymes (race, face, space…) are stretched too far. Again, musically the songs are fine but lyrically and melodically they don’t match up in standard. It’s a slightly disappointing ending to the album. I can’t sugarcoat that.

When I assess the album overall, it is definitely an album of two halves, one better than the other. The better half is when the band does what it seems to do best – West Coast Soft Rock. As soon the Rising attempts to put a harder, grittier edge to its sound and/or song subject matter, it falls short of the mark. Part of this is lyrical and part is down to Tristan Harris’s voice – especially when he tries to match what are supposed to be tougher edged lyrics with tougher edged singing. His soft, almost whispered vocal style works fine on the gentle Soft Rock of much of the album – but not when he attempts to have that harder edge – it just doesn’t cut through in the way a natural Rock singer’s voice would. Technically, there is nothing wrong with the singing, but it has its limitations and that may limit where the band can go with its material. It could be a confidence thing. It is a phrase that is over-used, but all singers have their comfort zone and, if they are the melody writers, as they often are, there can be a tendency to write for that comfort zone, which is fine if The Rising want to take what they are already good at and hone it. If the band really wants to have a broader pallet, Harris will have to find another gear.

We don’t do ratings/scores here at CB, but were I to rate ‘Coming Home’ it would get 6/10. The band may be disappointed with that rating and, if I am honest, I was expecting to be giving it a higher rating before I was given this brief. But, what I want the guys to remember is that, very, very few bands, even the very top bands, get it right first time. Many, many bands’ debut albums are almost an embarrassed afterthought, when  a retrospective is being carried out of their careers. I sincerely hope the guys in The Rising will take my criticisms on board, will take them as the constructive criticisms they are meant to be. I hope they will understand too that I am saying they have got an awful lot right with this album and an awful lot of people will like it and probably wonder what that idiot whatshisface is on about.