Belfast’s Civil Simian have been around in one form or another since 2010, although some of  you, including myself – as I once shared a bill with them, will know them better as Urban Scarecrow. Membership changes and a slight shift in direction prompted founding member Ruari and the boys to change it to Civil Simian. With one of my pet hates (yes, I know – I’ve got more than a few) being this proliferation of bands with ‘bear’ and ‘monkey’ in their name, this could have been a problem for me – but at least they used the word ‘simian’ instead of ‘monkey’. However, if they continue to come up with material as strong as ‘Believe’ then, frankly, they can call themselves whatever they like.

I liked Urban Scarecrow, they had a real funk/rock/alt crossover thing going, and without hearing the rest of Civil Simian’s material, that undercurrent still remains, though perhaps more honed down and given slightly more melodic, ‘pop’ sensibilities. I don’t mean that in a bad way, I think it’s great that in ‘Believe’ they already have a song that will make people sit up and take notice, like it did with me.

I love the feel of the song; laid back, slightly wistful, and with a touch of gospel in the backing vocals as well, which is a lovely touch. Ruari’s vocals are on top form (beautiful tone) imploring us to ‘believe in me’. Well Ruari, I absolutely do believe in you and the rest of the band, because the overall sound, including the on-the-money synths, is perfect. I actually had them well inside my selection for our Kickstart 2015 competition with a different track and was disappointed when they did not get into the final. Maybe this little masterpiece of a track would have grabbed people’s attention that bit more. Having seen them live in their previous guise, I know they would have been a great addition to the final. I’ll definitely be namechecking them to the boss as one for one of our future live presentations. I think they deserve it and the audience deserves to hear them.

Can’t wait to hear more guys, keep up the good work. Check them out everyone. 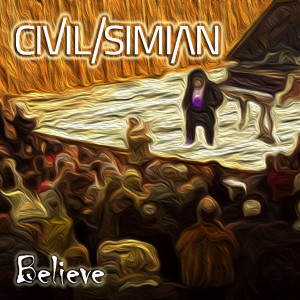