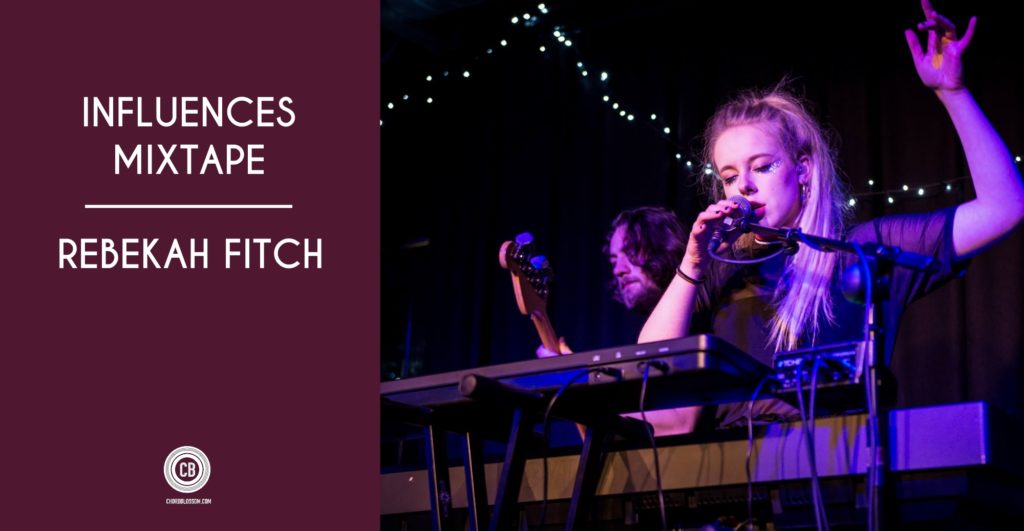 One of the most exciting talents we’ve featured on Chordblossom in the last couple of years is undoubtedly Rebekah Fitch. A crafter of pop songs with big hooks and a stronger message, Fitch is a talent both in the studio and on the stage. She has released a string of singles from her time in Newcastle and returning to Northern Ireland with her latest ‘Need to Feel’ one of her strongest yet. She opens up and explores her own mental health issues amongst slick production and vocals that stop you in your tracks. Check the honest video below.

We asked Rebekah Fitch to give us the low down on some of the influences behind her ‘Need to Feel’ and her wider music.

I get so addicted to listening to Kanye’s production, the intensity of it is so captivating and it’s always swimming with so many unique quirks and ideas. The prominence of the drum rhythm in this track was such a key element in helping me hear how I wanted the intensity of Need To Feel to be portrayed. Immediate, inescapable, and almost out of breath.

I just love the universe that this song creates. The energy, the power of that combination between drums and guitar riff, with all the extra synth parts and effects weaving in and out, I can’t get enough of it. The whole song carries such an epic weight and determination.

This track makes it into nearly every one of my songs’ influences list when I’m writing. The entry into that first bass note at the start, and the succeeding guitar part that consumes the listener is so massively cinematic, and I always aspire to create something that contains so much emotion. The distortion of the instruments feels so emotive and desperate. Sigur Rós is just one of those bands that I cannot believe are actually human. How does someone dream that up? It’s in another dimension, and I’d like to live there someday.

Right from when I wrote this song on the piano, I knew I wanted to have that repeated piano chord throughout, but it was really hard to capture the way I heard it in my head. Hearing how Welshly Arms brought in the piano part, so haunting and ominous, was just gold dust. I only found this song when we’d finished most of the production, but it really just captures the suspense in the verse and explosiveness in the chorus of the song.

I am in love with the creative experimentation that this band brings to music, and this track in particular is one that fuelled my love for vocal chops, scratch samples and other strange sound effects. It’s so fascinating to listen to, they were such pioneers. Every time you listen to it you hear something new.

Marina and the Diamonds – Oh No!

This song has everything. There’s so much going on, from every direction, but you can see and hear it all so clearly. You can never be bored listening to this song, it has endless energy and so much punch. I am never one for minimalism in my music, and this song is probably a big reason why.

I’m learning more and more how I understand music in terms of the movement it creates, and a lot of this is in the production. This is just a perfect example of a song that exudes extreme movement, with the swells in the synth parts, and the continuous tug and pull between bass and vocal samples. There’s so much tension and release, and it’s so satisfying to listen to. I really wanted to capture this in the pre-chorus of Need To Feel, with the contrast between vocal slides and short, sharp melodies in between, fluctuating between cathartic release and choking something back.

I listened to this song about 7364832 times when I first heard it. I love songs that capture something eerie and enigmatic. I love how the multiple layers of harmonies weave in and out throughout, so the vocal texture is always changing. That was definitely something I did on Need To Feel. The distorted bass line and strange, high-pitched vocal squeals are so panicked, desperate and brilliant.

The inspiration for any good bass line, and a prime example of how that can be your main hook. I just thing Gorillaz are genius, the whole concept as well as their long list of great tunes.

I wouldn’t have a complete influences list if I didn’t mention the phenomenon that is Björk. Her weirdness and complexity never fails to amaze me, and I’ve learnt so much from her refusal to accept any sort of musical boundaries. I’ve chosen this version of Army of Me because it is even more dramatic that the original. Her vocals are totally reckless, reaching new extremities that convey more intensity, audacity, and depth of feeling than ever. This rawness is so much more important than having a perfect vocal take.