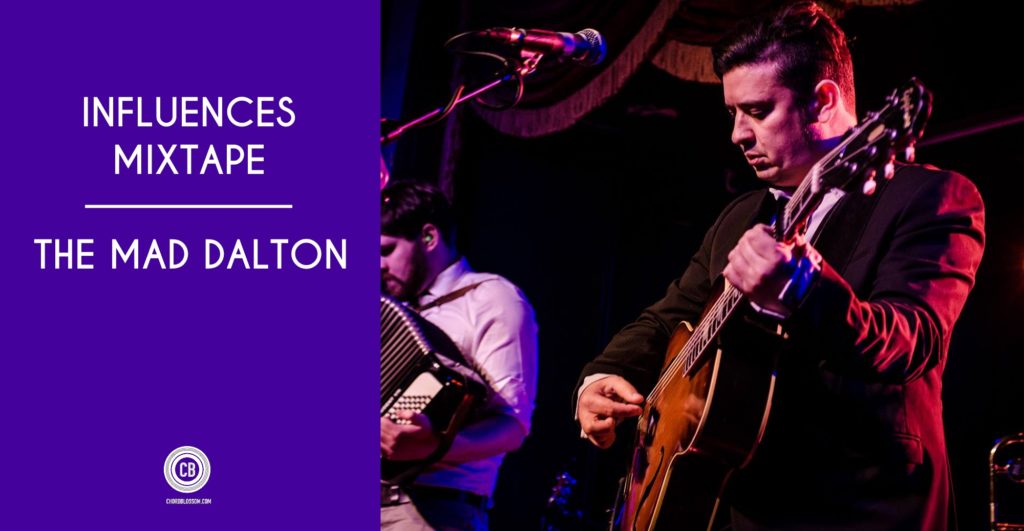 Around Belfast, Scots-Canadian musician Peter GW Sumadh goes by the name The Mad Dalton. Across a string of releases over the past few years, Sumadh has confidently told tales through classic songwriting often matured in a cask of traditional. He’s now building up to a debut album named ‘Open Season’ in June so we thought we’d ask him to give us a little look into some of the influences on his songwriting to date.

The voice of a pioneering literary figure reading a Kerouac poem to a backdrop of lush guitars & instrumentation make for an intriguing collision of sound.

The first song I remember hearing as a child in Dundee, Scotland: sitting in the kitchen, playing w/ pots & pans & then I heard THAT voice.

The Sadies – Mother Of Earth

The Sadies are one of Canada’s best kept secrets and one of my favourite bands of all time.

A home recording of a much-covered song by the tragic Jackson C Frank: this take by Nick Drake is the only version for me.

Lee Mavers at the height of his song writing powers: the lo-fi clatter of the drum & acoustic sound combined with that emphatic vocal delivery is sublime.

This song has everything: heartbreak, horns, the low wailing of backing singers, a big chorus & Satchmo himself chuckling at his male bravado.

Discovered this album by accident in my teens, choosing it from a box of cassettes that were being binned – been playing it ever since.

I first heard this phenomenal shanty by this Canadian great at a campfire and then at Halifax’s ‘Lower Deck’ on Canada’s East Coast – unforgettable.

Sparklehorse – Midget In A Junkyard

Everyone needs more Sparklehorse in their life – this tune wins for the sheer audacity of it’s playful arrangement.

Of all LC tracks, I chose this for the sheer brutality of it’s lyrics which deliver a message where nothing is sugar-coated.