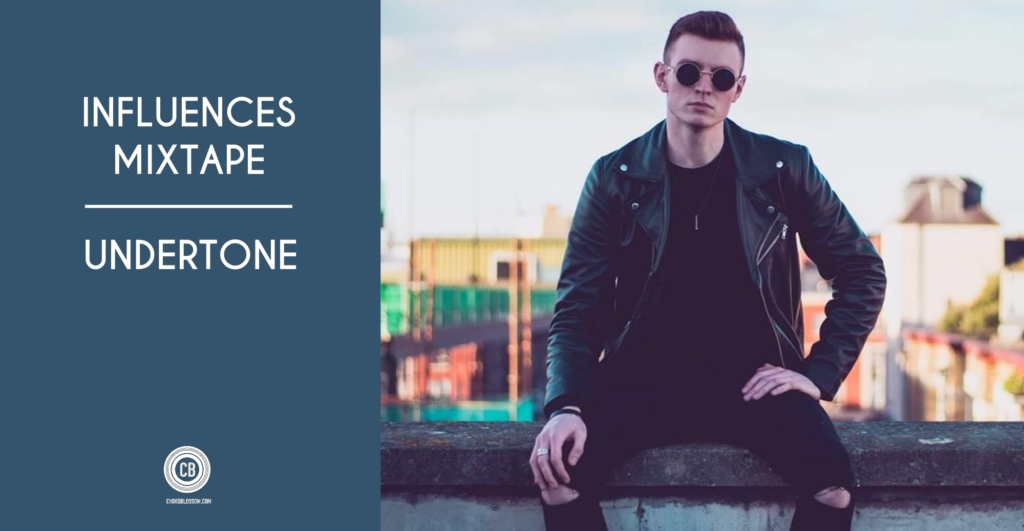 Belfast’s Undertone combines smooth as silk production and lyrical flow into his music. While hailing from Northern Ireland, there’s a much more international feel to his music. There’s no shortage of confidence or ambition in Undertone, while his music does the talking, the quality production seems to extend to everything he does.

His latest release, Peaks & Valleys, dropped late last year. The release contains some of his best tracks to date. A focused collection, with the smooth and retro romanticism of ‘You & Me’ a particular highlight.

We asked Undertone to delve into his creative influences, from Mac Miller to Oasis.

Leon Bridges – Bet Ain’t Worth The Hand
I’m a big movie buff, so when a song can tell a story and set the scene without the need for any visuals – I’m all over it. There’s something so nostalgic about this song, it has me reminiscing over experiences I haven’t even had, and reminds me never to be ashamed of the glockenspiel I have in my studio. I’ve always been a huge fan of 60s soul music and all the aesthetics that come with those vintage string sounds and crooning melodies, but its always been a source for second guessing whether or not a rapper can pull them off without being corny – but when the results could yield even a fraction of the coolness that a song like this has – I’ll take the risk.

Lil Skies – Nowadays (Ft. Landon Cube)
One thing that rap music has always been really good at is making us feel cool, even when we’re not – and that’s just what this song is for. All the elements of this song point in the same direction and work cohesively together to remind us: we’re the shit. The bounce provided by the drums, the hi-hat/clap combination, that warm 808 sitting perfectly beneath the chords… This is a song that motivates me to get back to work because it reminds me of where I want to be.

Mac Miller – Come Back To Earth
This song (much like a lot of Mac Miller’s later work) is a perfect example of taking some very dark and painful emotions, and turning them into something beautiful. He has almost a perfect choice of chords and textures to portray that things inside his head are almost unbearable, but its all going to be okay. Mac Miller always reminds me to be brutally honest in my lyric writing and to make the music I feel the most and not just what is going to perform best in the internet era.

BROCKHAMPTON – SAN MARCOS
For me the most fun thing about making music is making stuff that’s weird and creative, and not what’s been done a thousand times before. Brockhampton show me that its okay to pull influences from every genre that I listen to – and to revel in all the weird sounds and noises I can make. The guitars, strings and choir vocals, mixed with raps and autotuned melodies make this one of the best pieces of music I’ve heard in a long time.

Russ – Begging You
The mix between Russ’ minimalist production and addictive melodies is a formula he has down to a tee, and reminds me to focus on the essentials. His honest lyrics cut right to the point and are proof that authenticity and vulnerability in the music is what’s best for both the artist and the listener. Everyone has pain, and everyone wants it taken away – but that’s not a reason to stop or give up.

Machine Gun Kelly – 27
This song just has a tone of finality to it – like if the artist were to pass away, this song is what would live on in their place. In the least nihilistic way possible, death is something I think a lot about, and definitely influences my music in a big way – since death is a certainty, I’m very aware that my music is one of the very few things that can accurately represent me and what I’m about, after I‘m gone – so my ambition to write a song like this one, that I can comfortably sit back (or whatever you do when you’re dead) and think “I’m glad I made something that showed people what I wanted them to see, and to feel how I wanted them to feel” – and be remembered for that.

Jon Bellion – Mah’s Joint (Ft. Quincy Jones)
We never really get 8 minute masterpieces anymore, and its refreshing to see someone that ends their album with something like this – featuring Quincy Jones nonetheless. I’ve always loved musical change-ups, I did it on a song called ‘Toxic’ and I’ve done it on a bunch of unreleased songs, so to see it done to the level that Jon Bellion does it on this song is inspiring. Jon’s music always challenges me to push myself in every aspect of my creative process.

Oasis – Don’t Go Away
One thing that’s always really impressed me and drawn me to Oasis’ music is that they don’t write sad songs: they write uplifting songs, which to me ticks every box that a sad song ticks, and then some. I never want to write a song that leaves someone wallowing and feeling sorry for themselves, I always want to help people accept situations and remind them that it’s getting better – because ultimately that’s what the songs do for me.

Frank Ocean – Godspeed
The Blonde album definitely influenced me when I was writing ‘Roll Over’, there’s just something really matter of fact about Franks profound lyrics, and I wanted to create a similar vibe. Almost like time had frozen and I was painting a picture of how things looked at that very second. He brings a lot of spirit and soul to the R&B realm.

J. Cole – Love Yourz
J. Cole shows me not to over complicate things when I’m making music – just paint what you feel and tell your story. I might never rap the fastest, or have the wittiest punchlines, or the most technical rhyme schemes, or sing in the highest octave, or shred the guitar like the best of them – but I can write great songs and I have my perspective, which is something that’s unique to me. And if I’m lucky I can reach people with my music and have a lasting impact – which to me means more than any impressive technicalities.