Chase the River is the project that keeps Belfast native Stuart Lunn a busy man. Over the years has been heavily focused on releasing acoustic driven folk songs. His previous album Recycle Your Regrets was completed following a successful crowdfunding campaign and helped him alleviate some of the pain felt following multiple traumatic experiences in his personal life.

In more recent times a spell of work with Leonardo Solis has seen him venture down a slightly different path. Today we are pleased to unveil this new sound with his latest single, ‘Infinite Worlds‘. Rather than just acoustic guitar, there is a full suite of production behind it which lends a definite edge to proceedings. The even darker narrative is underlined visually by the moody video that accompanies it.

In Stuart’s own words: “Infinite Worlds came together when I was out in America supporting Bassh. Touring banter aside I was introduced to Leonardo Solis to do a bit of recording. Leo and I hit it off on a ridiculous level and Jimmy (Bassh), Leo and I got to work writing new tracks and a few I felt were ready to look at.

It was really very eye opening. Leo plays in a band called Solis which has a really awesome vibe going on, but very synth driven. To date Chase the River has been all acoustic driven, but Leo and I clicked so well on a personal level, and over the days we just really brought two really different worlds of songwriting together and ended up with Infinite Worlds, as well as a second track called Believe.

We actually have another five songs done, we’re just getting the final tracks down and ready to go. I think it is going to be a bit of a shock to people who maybe have come to expect certain things from me. I mean, it is still quintessentially Chase the River, but on steroids, bigger, bolder, and a bit darker. Honestly, I came back from the tour so pumped about this tune and the others, but we have had to work really hard to get the live set to do it justice, thankfully we got there in the end and it is a bit step change, but a big step forward as well.”

If you like what you hear you can catch Chase The River on a three date tour alongside Brash Isaac and Wanderers at the start of April in association with Pop Up. 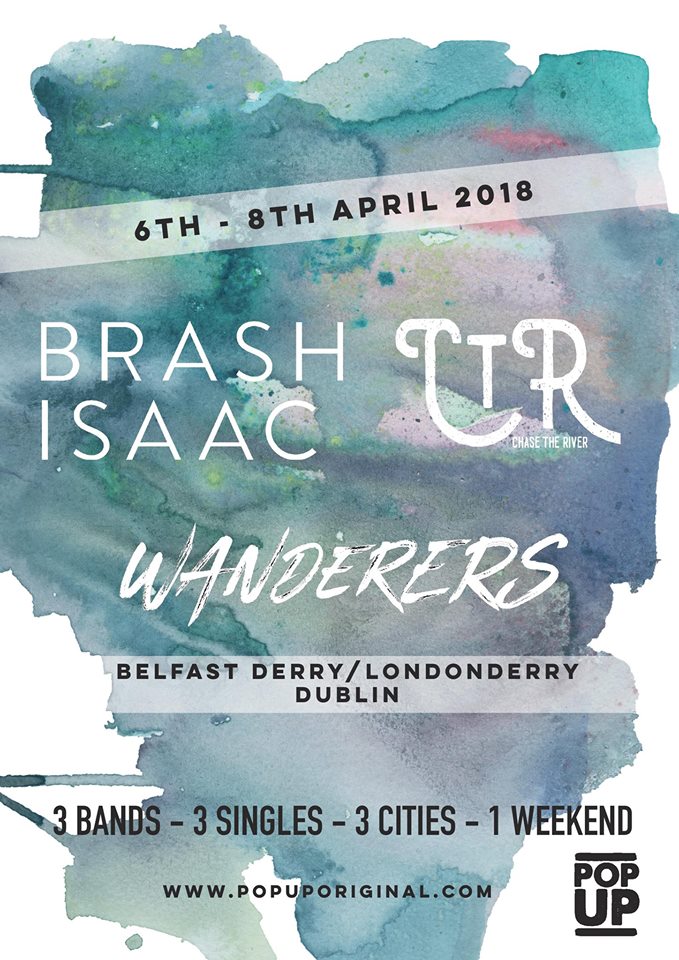