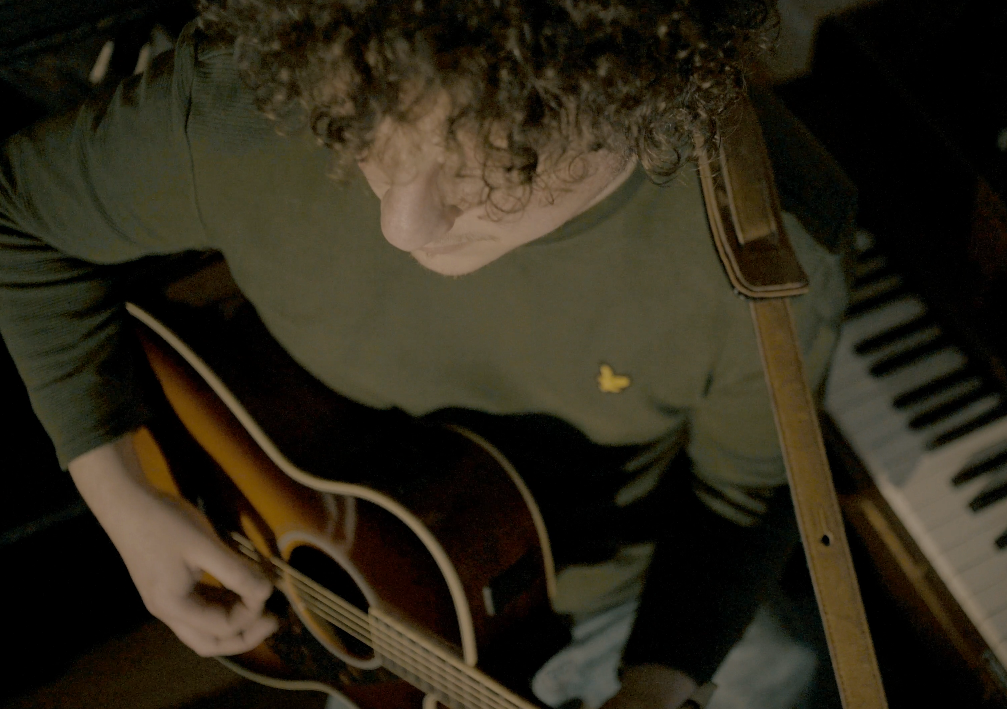 Softly voiced songwriter Kelan Galligan may just be a fan of that gold-tinted classic folk, drawn to the finger-picked sounds of Dylan and Young. Attending to his gently growing collection of singles, it’s easy to make the connection. Now the Derry artist has gifted us a first listen of his latest, ‘Just Like Me‘, before tomorrow’s release.

Delicacy bleeds from the soft folk instrumentals of ‘Just Like Me’, yet Galligan hones in on darker sensations. The textures of Galligan’s voice recalls Simon & Garfunkel or Joshua Radin, instilling a sense of calm at odds with the inner turmoil of the song’s subject manner.

Deceptively simple in its delivery, the finger-picked acoustic guitars play around each other, while Galligan’s rhythmic words lay the song’s real character. Produced by fellow Derry artist Eoin O’Callaghan (Elma Orkestra, Best Boy Grip), ‘Just Like Me’ is an understated affair with Kelan Galligan filling the role of the introspective songwriter.

This song was written about the fact that sometimes, the most dangerous person to be left alone with is yourself. I wrote it at a time when I wasn’t in the best place, so it has a special place in my heart. There are times when you almost submit fully to negativity and it becomes overwhelming and all consuming. Having people around you at times like this is vital in my opinion.
Kelan Galligan