Belfast based rock quartet Paper Dogs are certainly wasting no time getting themselves out there. They released their debut EP at the start of the year, and are now gearing up for the release of EP number 2. And what better to do that than with a new single and video?

‘Social Animals’ is the first single from the band’s forthcoming EP, The Lost Art of Conversation, and a killer track it is too. The band draw influences from rock, blues and funk but ‘Social Animals’ is all about the former. The track’s slow burning verses give way to driving choruses. Over the course of its five plus minutes, the track weaves into various movements with the kind of outro the band will no doubt enjoy jamming out to at every live show.

The band recorded the single and EP at Start Together Studios with production by Chris Ryan. The video features plenty of studio footage from those sessions, filmed and directed by Jamie Smyth.

It’s been a good couple of years for the band, finalists in last year’s Guinness Versus competition, the band won a slot at this year’s Sunflowerfest through the festival Roots competition. On the basis of ‘Social Animals’, there should be plenty more highlights for the four-piece.

“In a world were social media and technology is becoming an increasingly large part of our lives, conversation is becoming something of a lost art. ‘Social Animals’ serves as a cautionary tale that we wrote to remind ourselves as much as everyone else as to what it really means to be human. By juxtaposing this serious theme with an uplifting melody we tried to give the song an overall message of hope.”

‘The Lost Art of Conversation’ is set for release on Monday 21st September on Bandcamp and then iTunes and Spotify. Preorders of the EP include an instant download of the new single. 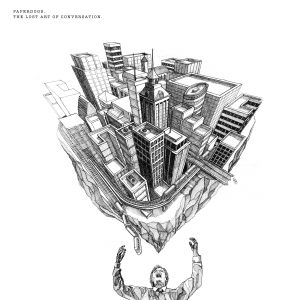