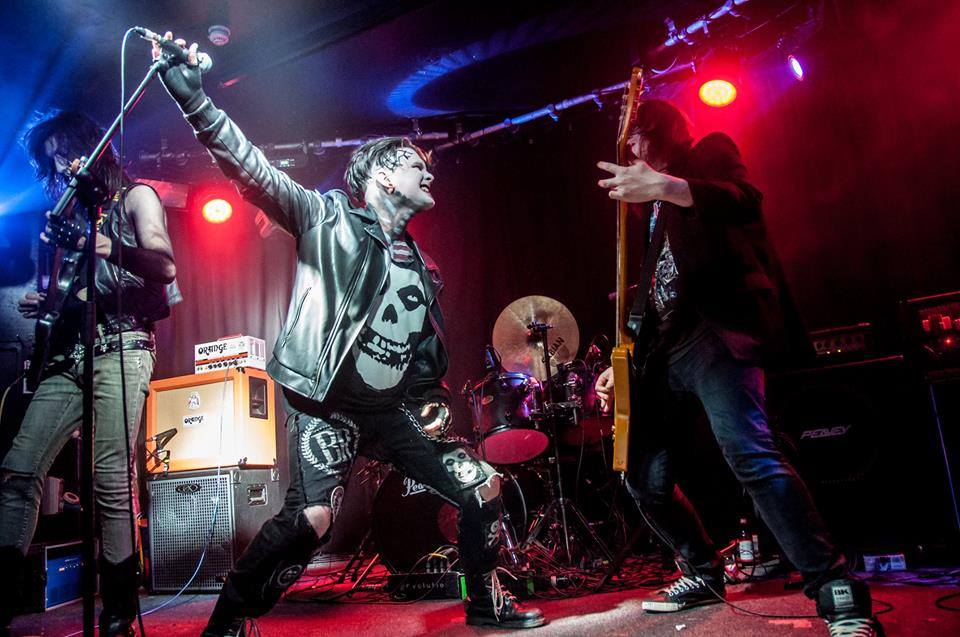 Bored? Feeling listless and uninspired; perhaps a touch jaded? Fear not: Chordblossom has the solution for you, in the form of horror trash punks So Long Until the Seance/S.L.U.T.S shiny new video for single ‘The Bride of Frankenstein‘. The track, from an as yet untitled release and featuring a brand new line-up, is showcased in a frenetic and skittish video (created by Red Active Entertainment) which stars each new band member, including a clearly reinvigorated Mick van D, who looks particularly fierce and photogenic here.

Having formed in late 2014 from the ashes of local bands such as Little Miss Stakes, So Long Until the Seance have hit the local heavy rock scene with a glammy/trashy wallop, with punters enjoying their brash and energetic live shows. On the back of this, they have once again made the finals of the Belfast Metal 2 the Masses contest, with the winners earning a slot at the legendary Bloodstock Open Air festival in England. To see them through, get down to Voodoo on Friday night (May 12th); in the meantime, enjoy the debut video of this lovable bunch of S.L.U.T.S.