We have put on a lot of great gigs in the Bar With No Name in 2015 and we are pleased to announce our final show in everyone’s favourite bright yellow venue this year . 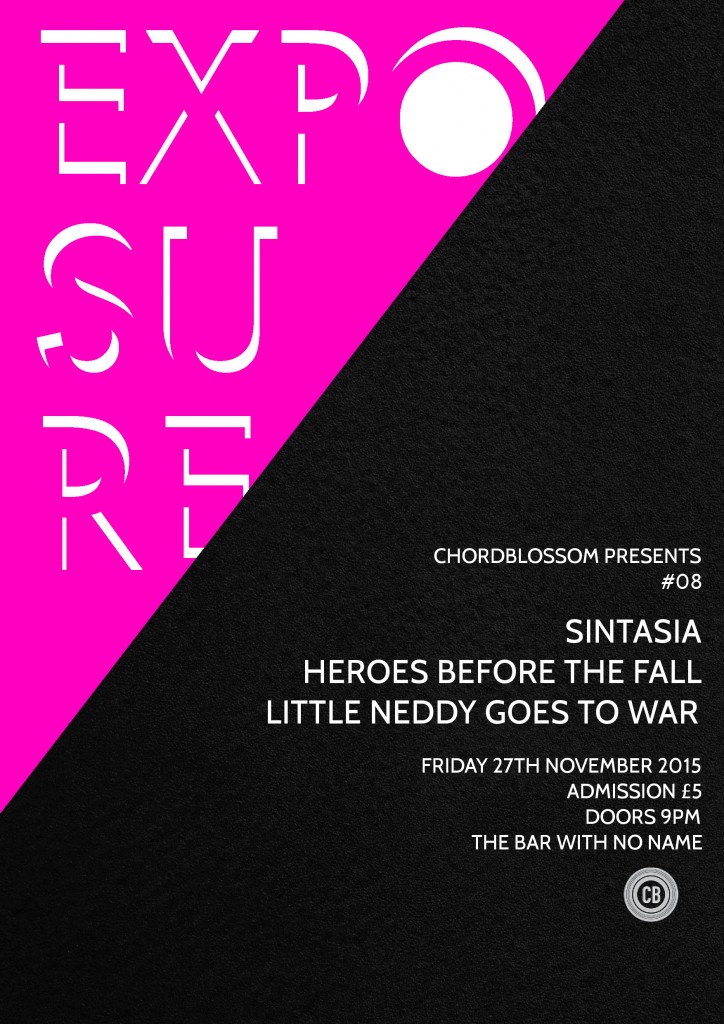 Formed from the ashes of Hindrance, Sintasia are an alternative/hard rock band from Belfast. Despite only being around for a number of months the four piece have already released a debut album (No Looking Back) and played a host of well received shows.

Heroes Before The Fall have been in and out of the Northern Irish music scene since 2009. Their period of silence is over and new single ‘Crazy’ is a cracking single of intent. Currently they are in the recording studio working on their debut album so this rare live appearance is not to be missed.

Little Neddy Goes To War are so fresh that they haven’t released any music yet except for a short teaser video from their time in Start Together Studios. Featuring Liam McCloskey & Grace Leacock (both formerly of Dog Will Hunt), Emma Gallagher (Making Monsters) and Aimee Williamson you can be sure they will provide plenty of hard hitting alt-rock.