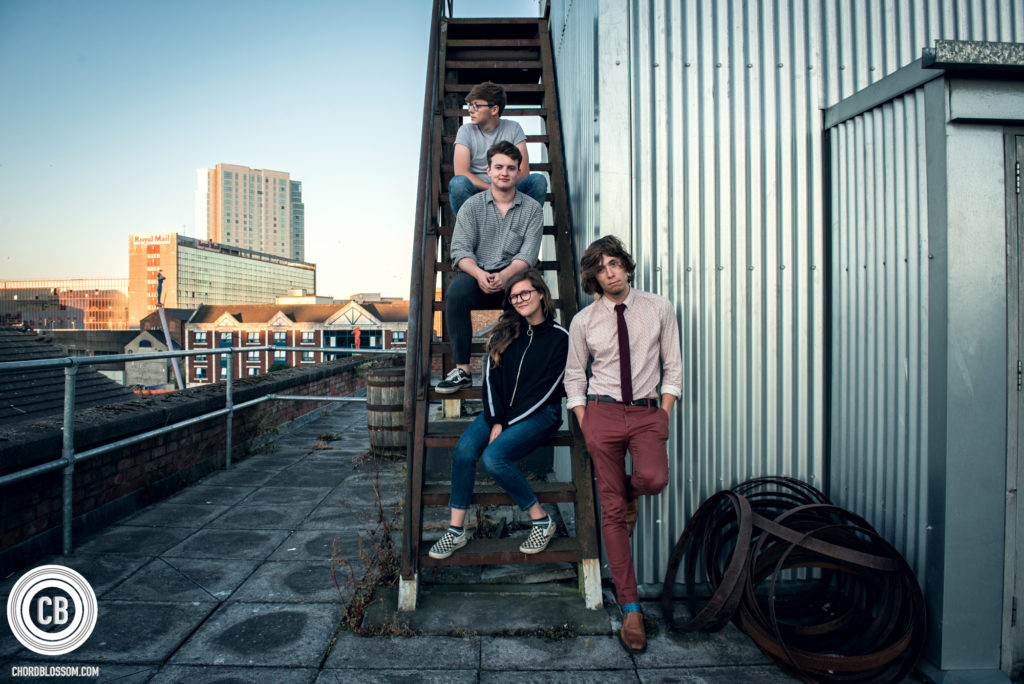 For a lot of bands, the period following a debut album and tour would be one of rest. But for Brand New Friend, things only got busier. The band followed the release of ‘Seatbelts for Aeroplanes’ with a support slot on Snow Patrol’s Irish tour, supported the likes of Feeder and At The Drive In and will follow summer festival dates by joining Ash on their sold out English dates.

Even at their emergence, and a Chordblossom Kickstart win, the band were touted as Northern Ireland’s next big thing, a tag that has never left them. The debut album followed the band joining Strange World Management and finding a home at Xtra Mile recordings, who can count Frank Turner, Against Me! and old NI favourites Fighting With Wire amongst their roster. With so much happening for the band this year, it was as good a time as any for a chat in the Duke of York.

► It didn’t seem to take you long to get to the debut album, was that something you planned for?

Taylor: I think to everybody else it seemed quite quick but to us it’s been a long time coming. We’ve always dreamed of doing it.

Taylor: I think we were convinced that even if we didn’t get a record deal or didn’t get signed, we were going to do one anyway because we just love making music. It just so happened to coincide with us getting a record deal and the time seemed right so we thought why wait?

Aaron: We didn’t record it as an album, the album was done as a series of demos that might have made an EP or sent out to get us a record deal. Xtra Mile said let’s make that an album. ‘Seatbelts for Aeroplanes’ was never written as an album.

► What’s your favourite track on the album?

Aaron: Sleep On My Floor

► The live show is obviously important for you, and that comes across in the songs. Did you want to capture your live sound on the record?

Luke: Well it’s recorded live, which we wanted to do because it helps our sound come across better. Then when we go to play them live, they’ll sound like they do on the album.

Lauren: We wanted it to reflect our live show but we also wanted our live show to reflect what the album sounded like as well. We wouldn’t want people to come and see us live and think they don’t sound like the record. I think that’s why we recorded it live and why it lends itself to being played live really well. 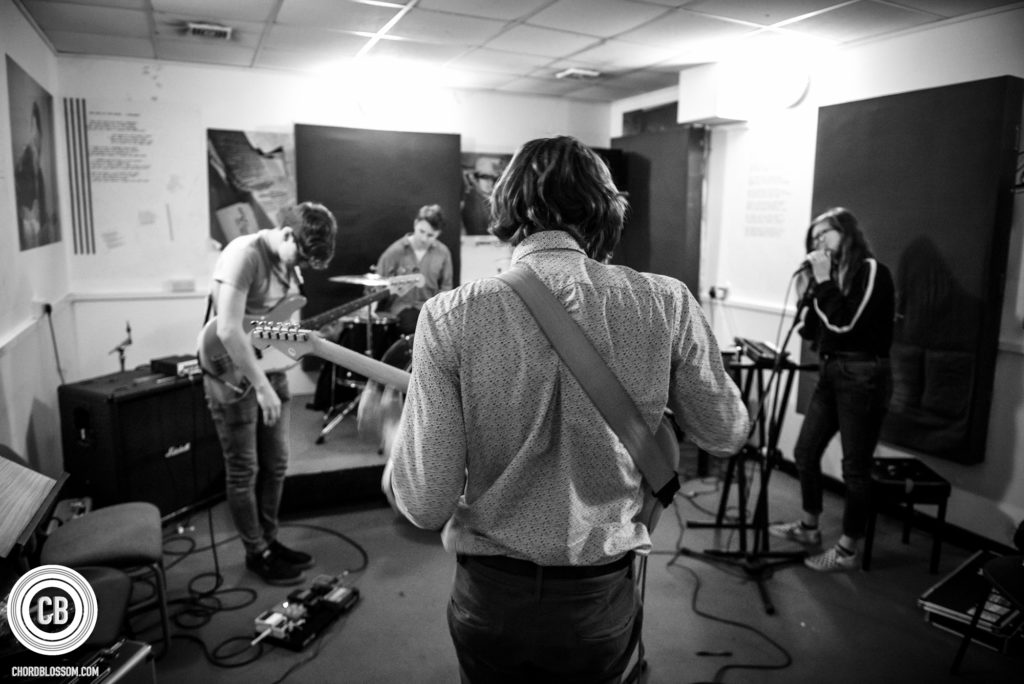 ► Within the band you’ve siblings, friends and go on tour with your dad and more. Is that important to the band and particularly how you function on tour?

Taylor: I would think that’s completely vital. Brand New Friend is so much more than just us four, it’s a team and that includes our managers, John Moorehead on sound, Ethan Owens, our parents, so many people who have sacrificed a lot, it isn’t just ourselves. Our dad drives us everywhere, all across the UK and Ireland and he has done from the very first gig. Our brother Logan has been at more band practices than me.

Lauren: It makes it more fun the more people there are, it doesn’t feel as much like cabin fever whenever there’s a bigger group of you going out together.

Taylor: Brand New Friend is much more than just four people, it’s a real big family and that’s how we work.

► How has it been working with both your management Strange World and your label Xtra Mile?

Lauren: We were approached by Strange World ages ago now, we didn’t know too much about them. Phil had actually come down to a show we did in the Duke of York (our interview venue), and been to a few of our gigs. Then we set up a meeting and get to know him more. They’re just brilliant to work with and it helps that we get on so well with everyone involved with Strange World and they’ve given us so much support that I can’t imagine doing this stuff without them.

Xtra Mile have been amazing too. They’ve such a great label, they give us a lot of freedom and free reign to explore our ideas. It’s not that movie cliché of a record label that tells you what to do. It couldn’t be further from that. Being affiliated with them is great as well because of all the other artists on the roster that we really admire like Frank Turner.

► Have they helped you extend the band’s reach, particularly across the water?

Luke: They’ve just been firing us into stuff. They never really tell us that you’re going to be doing this or that, just there’s this, get ready. Strange World and Xtra Mile have put us with a great radio plugger Steve. He’s sending our stuff to every radio station and they’re picking it up and playing it.

Taylor: He plugged ‘Smells Like Teen Spirit’. So he must be good.

Lauren: It’s setting us up with a lot of experiences that we wouldn’t really be able to get without them. But it’s also come about in a really natural way.

► How was the tour with Snow Patrol?

Luke: It was alright…. No, it was amazing. I think it’s something we still don’t really believe happened. Then to finish it off with them asking us to come back and play the Ulster Hall for the last date just topped it off brilliantly.
Lauren: We looked up to Snow Patrol for such a long time. Our dad would play them to us in the car whenever we were younger, it was amazing being able to hear those songs live each night, standing in the pit.

► To date has there been a live show that stands out as your memorable moment in the band so far?

Taylor: When Aaron crowdsurfed at the Black Box that was spectacular.

Aaron: The Black Box was incredible. Actually upstairs in the Duke of York was good fun as well. I think one of the turning points for the band was when we did a free show at Katy Daly’s, when we’d brought a couple of singles out and people sang some of the songs back to us. That was a big gig for me.

Luke: My favourite gig was playing the Ulster Hall with Snow Patrol.

Taylor: Mine would be our last gig in Kiwi’s in Portrush because it started off as a bit of a nightmare. There were technical difficulties and it was a lot of work to win the crowd over. A lot of people came to see us because me and Lauren are from Castlerock. But once we got it fixed, it turned into a real party and that was the night before our Belfast headline in the Black Box and the night the album came out. So for me and Lauren to play back home that was really, really special and probably my favourite we’ve ever done.

Lauren: Nothing to add to that.

Aaron: Because Lauren’s not picking one, I’ll pick another… Stendhal Festival last year was amazing. We’re going to do it again too.

► As a signed band, you’ve continued to release regular demos. Does that reflect the amount of writing you do and a need to get it out there?

Taylor: It’s a combination of both. I would write songs all the time. The number of songs sitting in our Soundcloud in private is near in the hundreds, there’s so many. What I like to do is dripfeed ones that I don’t think will ever be full band songs. So you might hear the odd one and think ‘gosh, that’s very soft, sad and acoustic’, and that’s maybe because I don’t know if it will ever be on a Brand New Friend record. It might be on another random album in years to come, or it might not be. Xtra Mile are brilliant, they’ve actually encouraged it. They think it’s quite quirky, there’s no other bands I’m aware that do that. If all my favourite bands did that, I know I would eat it up.

Lauren: I think it’s good for people to get a listen to those things that you’re recording raw, in your bedroom. I think it’s quite cool that some of them do become full band songs, for the first album people heard those demos and then the full band version. It means the audience can hear the evolution of a song.

Luke: It’s weird when we announced that we had an album coming out and people were asking ‘is this song going to be on it?’. It was just some random demo from our Soundcloud, and I’m thinking ‘I don’t have a clue what that song is’.

Taylor: It gives people a sense of ownership of it. People hear a song in its rawest form, literally as I’ve just recorded it there and then, and if they relate to it in any way, they’ll feel like it’s their song forever. If it does come out as a full band song, it’ll feel even more special to them because they’ve been with it from the start. We’ve done it since this band formed, so I think the fact that we still do it is a Brand New Friend quirk, and hopefully we always do it. 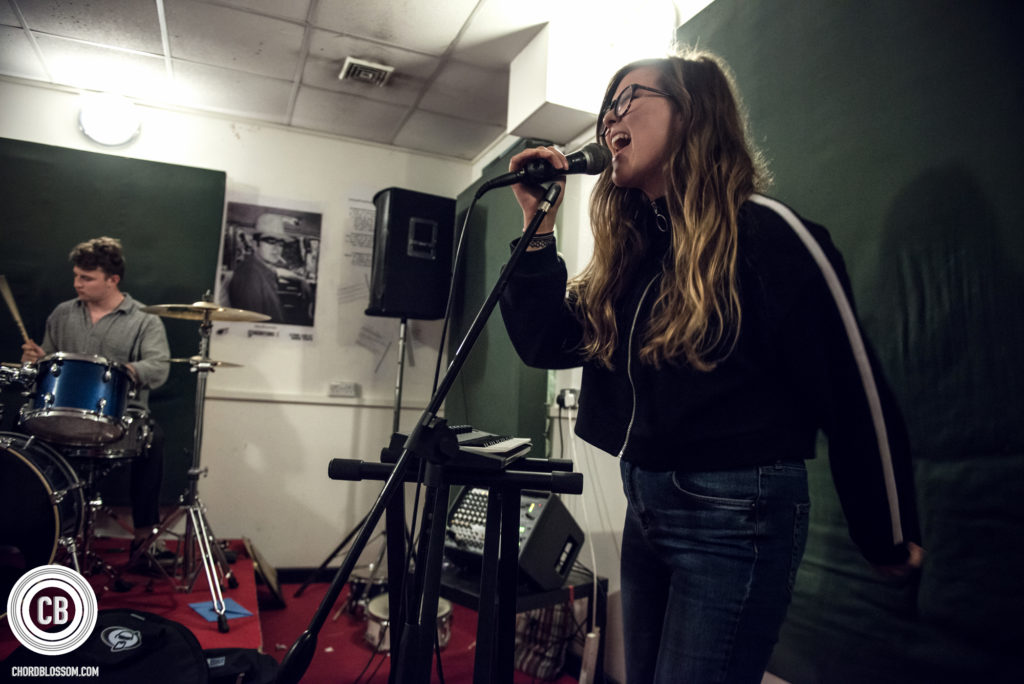 ► You’re playing bigger & bigger venues and it always looks like you just throw yourselves into it, but has there been any adjustment to that?

Lauren: It’s interesting because I personally enjoy the smaller shows as much as the bigger ones so I try to approach them the same. Almost just to stop myself from freaking out. We’ve all been so excited to do it so it’s not been too daunting. You always have that moment when you walk onstage and think there’s so many people but we just treat every gig the same.

Aaron: I think the biggest crowds have been support or festival slots. Our biggest headline gig was the Black Box and it was way more daunting.

Taylor: I found that way easier, I think if you’re playing to people who know and like your band, that’s half the battle. They want you to be good, so all you’re doing is trying to give them a good night.

Luke: I was more daunted by the Black Box gig than I was waiting in the dressing room at the Ulster Hall. When we walked through the crowd to get onstage at the Black Box, I saw my wee granny waving at me and I thought, ‘it’s going to be alright then’.

Taylor: We definitely would, we just love playing gigs. We feel really lucky to be a band in the Northern Irish music scene, both the North Coast and Belfast have really accepted us from day one. We feel really proud to be a part of it.

Luke: When everybody drops us, we’ll be back in McHughs, fiver in.

► And finally, one local band to check out? 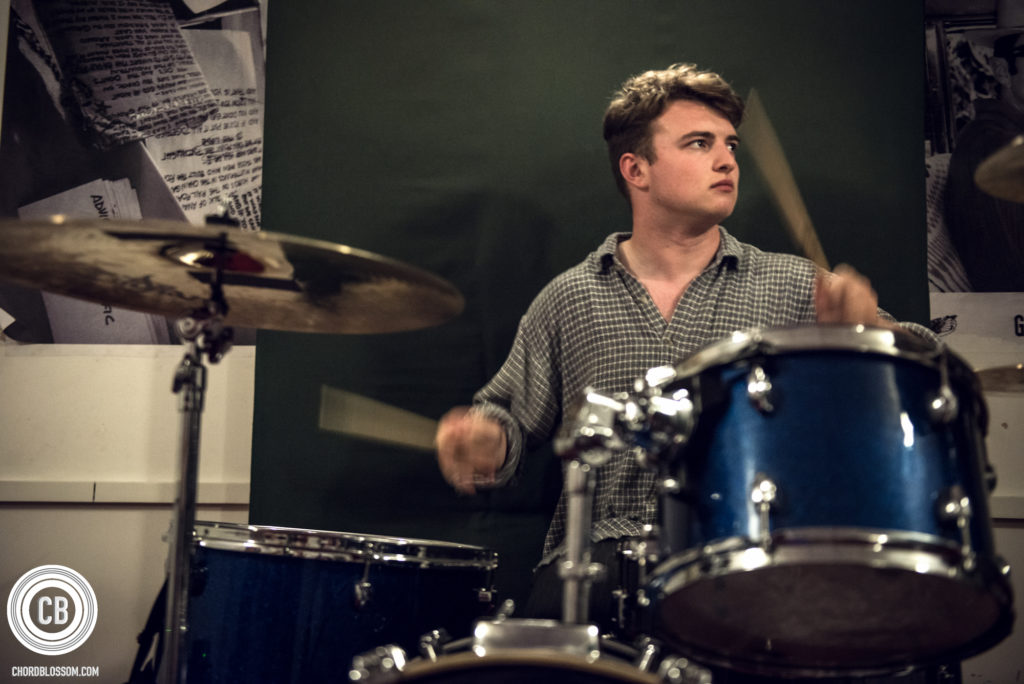