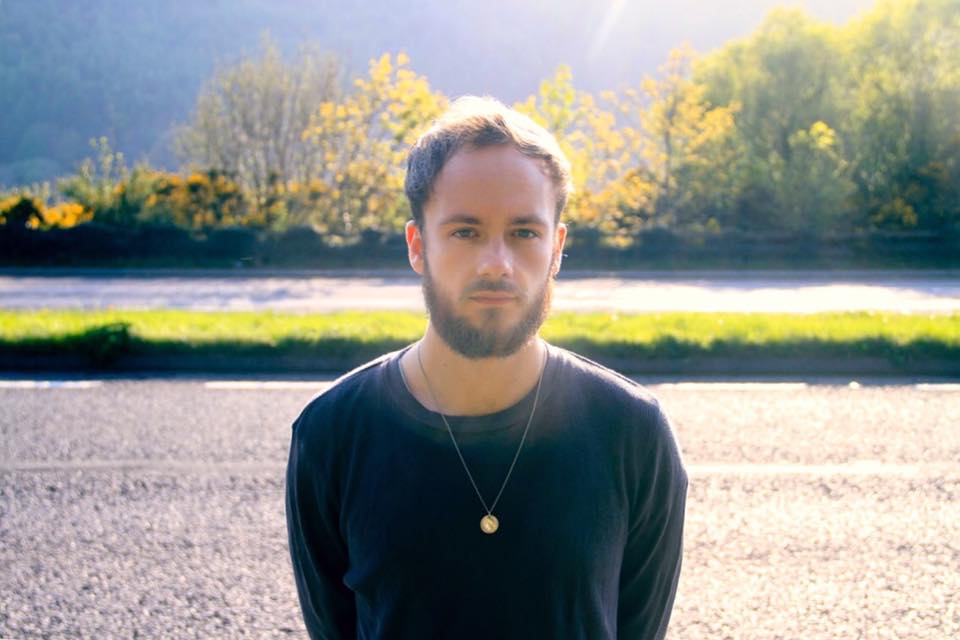 Andrew Cameron had found musical acclaim as part of alt folk outfit the New Ancestors but following the relocation of Jonny Solari to Canada, Andrew decided he needed a new project. Under the title Brash Isaac, Cameron set about releasing a number of well received singles. You could say that the new project has been a success as Brash Isaac recently signed to a record label. We sat down with Andrew to find out about his whirlwind journey so far.

► Firstly, record label. Incredible news. What does it mean to you to be a signed artist?

Being a signed artist is very cool and something new for me, having played in unsigned bands for a few years. The label is called ‘Unrivaled Records’ and we released a remixed and remastered version of my song ‘In The Dark’ on the 8th of September. It was fun to rework that song and give it new life.

► Who was the first person you told the big news to?

I got an email from the label when I was visiting New York with my girlfriend, so she was the first to know. We were both trying to figure out if the email was real or a scam but it turned out to be the real deal!

► You mentioned the remixed and remastered version of ‘In the Dark’, how do you feel about this version? Is this the new sound of Brash Isaac?

I really like what we’ve done with the new ‘In The Dark’ and I hope people that hear it will too. We have a lot of songs coming that we have been working hard on, so it’s an exciting time for me. There are some other elements the producers from the label have added along with my input to help create a sound for my music. I’m stoked about the ‘In The Dark’ music video too.

► Tour! That’s a lot of dates. How did the tour come about? Its a collaboration of different artists and you’ll be performing in cities you’ve never been to before, how has this experience been so far?

The tour is all thanks to Marty from Limerick band Anna’s Anchor. He had done a European tour before and kindly asked me to come along on this one with him. I’m currently typing this in Kassel, Germany and it’s my first time in the country. So far it’s been great and promoters and people at the shows have been very kind and listened well. It’s mostly solo acoustic shows with a few full band dates at the start and end that I organised that I’m excited for.

► Logistically, how has the tour worked so far? Will there be much sight seeing or is going to be boozing and snoozing?

Marty is driving in his van, we’ve had a few long drives and a few naps in the van. Some places we get the chance to look around the cities, so it’s nice to see some of the sights as well as playing to new audiences every night. I certainly can’t complain.

► What do you think is the most important item to bring on tour?

The most important item to bring on a European tour is probably a european plug adapter. Which I did not bring…

► Is this the dream? Or is it only the beginning? What’s next?

Hopefully this is just the beginning and I’ll be able to continue touring, writing, releasing and getting my music to new ears. A trip to Nashville where the label is based is definitely on the cards as well.

► What is the strangest thing that happened to you on tour?

Hands down the weirdest thing that happened on tour was the gift of a wooden hand crafted penis that I received in Paderborn by a lovely man named Bjarne who makes them as a hobby. So there’s that…

► What is your favourite city that you haven’t seen before?

My favourite city of the tour was Luxembourg, it’s a beautiful place and the sun was shining the day that we walked around it. Seeing Germany for the first time was great too, going to places I’d never even heard of and being blown away by the kindness of people and the stunning towns and cities.

► Where was the best gig? What made it special?

The gig in Luxembourg was one of the best too. It was put on by Sofar Sounds in a really cool, old school bowling alley.

► How do you keep the stamina going for such a long trip?

The stamina is kept going by lots of coffee, late night podcasts and, when in Belgium, the beautiful beer! When you’re tired from driving all day or sleeping rough, you know that each night you are playing to new people in another city, and that definitely keeps you going.