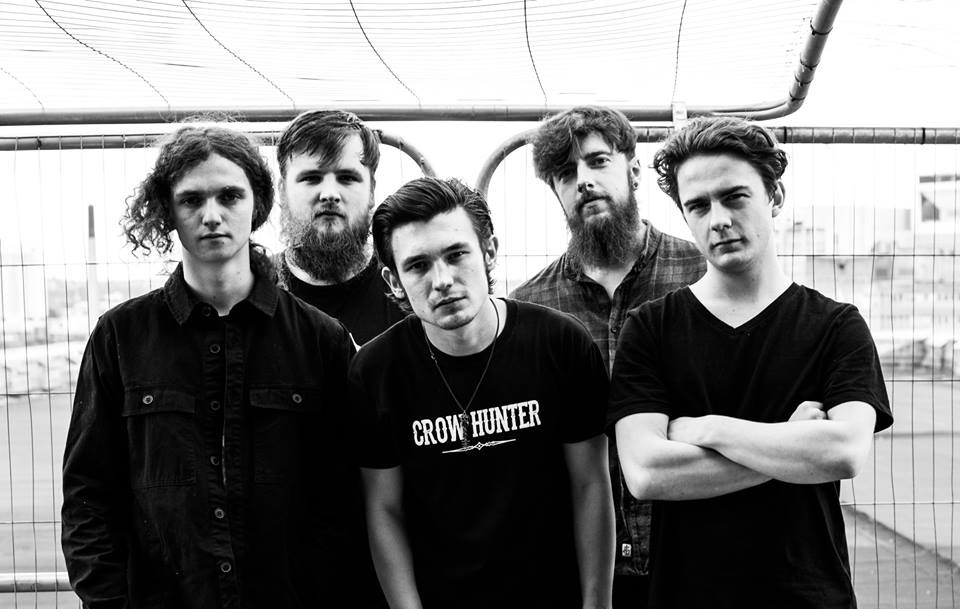 Elder Druid had a very busy schedule over the last year. The lads were gigging across the country and gathering material for the upcoming album Carmina Satanae. It is the first full record from the band (launch at Bar Sub October 6th). The premiere date might not be a coincidence, after all six is the number of the beast and by the first look at the album cover it proves to be an invitation to yet another dark session filled with fuzzy guitar riffs by Mikey Scott and Jake Wallace, outstanding bass by Dale Hughes, hefty drums by Brien Gillen and demonic vocals from Gregg McDowell. I had a chance to catch up with their vocalist, Greg, a couple of weeks ago after their performance in Belfast.

► How are you feeling about the release of Carmina Satanae?

Good, the first couple of EPs we did was live EPs at the static sessions. These were our first songs so we wanted to have them recorded and gather some fan base. We are getting a bit more serious now; concreting our sound,working on those details and parameters. We were going into the studio knowing that Niall Doran will do an immense job with the album.

► Why did you choose Start Together Studio?

Niall has recorded some of the best albums, a lot of people recommended him to us. He was interested so we got together to work on this release.

► Dale Hughes is also involved with Electric Octopus. How did you get into Elder Druid together?

These guys are amazing, one of the best Belfast bands. We have known these guys for a while through friends and housemates. We all hang around together.

► What is waiting for us on Carmina Satanae?

We have some bangers up our sleeves, through the years I have had loads of crazy shit poetry Occult rhymes written, so here we are today with the new piece. I think that when people come to see us they expect to hear something different. Each performance vary from the solos and the breakdowns in the riffs. Ryan is a jazz and blues drummer by nature, so his drumming is often very tempered. We are all fans of rock and heavy metal like Black Sabbath. I know it sounds like a cliché, but we are very inspired by the artists we listen to.

► Do you write your lyrics during some sort of mysterious ritual?

No! Writing comes just from the love for The Occult. I have been looking into it for few years and I just decided to put it on the paper. I thought that I’d have quite a good imagination for it, as I thought I was good at writing spooky stories about The Devil and wizards. Sometimes I would sit down with a wee smoke and the story comes to mind. Luckily the band gives me the full authority over the lyrics, so far they never said “na we don’t like it”. Oh and there’s nothing better than screaming your songs at crowds and the kids at  skatepark gigs (laugh).

► Do you remember your first album that got you into that kind of scene?

I was about thirteen and my uncle gave me record of Superjoint Ritual, but there was a lot of different music around as well like System of A Down, The Smiths all sorts of really.

► What about your vocals? Your voice works pretty hard for those songs, it must get tough after few gigs on the road?

Anyone who has been listening to us from the start will know that I am constantly improving, my voice is getting much more flexible. Each time I come off the stage there is this weird half an hour where I can’t speak too well. I probably shouldn’t be doing this interview right now (laughs)