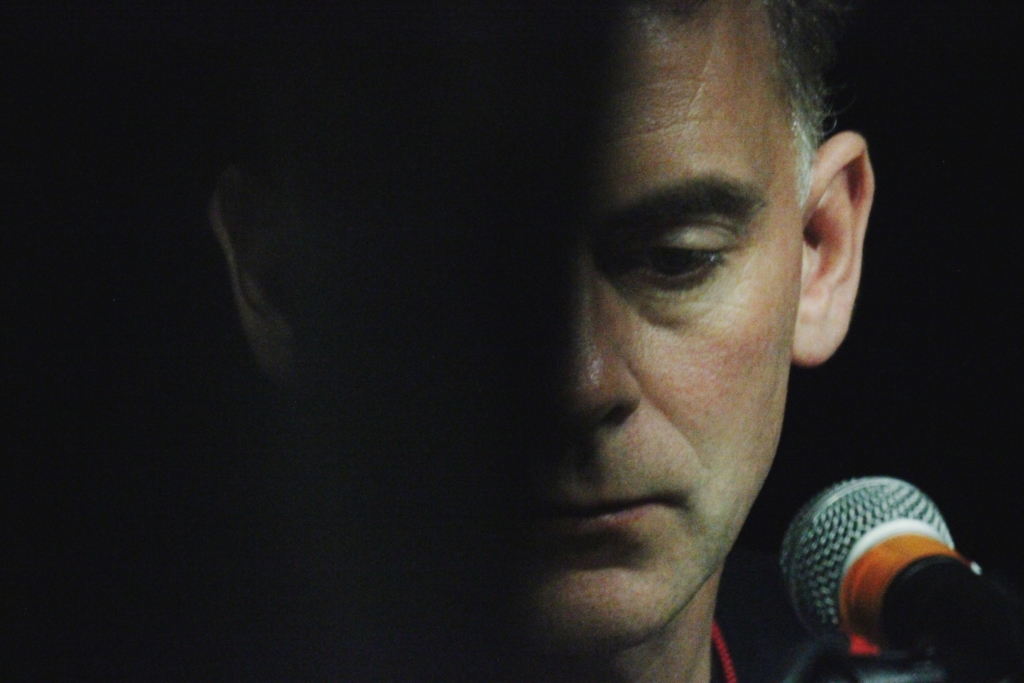 He found that its usually the visuals that come first. From there, there’s a natural flow that follows. After a lifetime of experience in scoring music for film and television, composer Sheridan Tongue knows how to speak to an audience without uttering a word. On his latest release under his creative pseudonym IN-IS, however, he’s finally comfortable raising his voice (so to speak).

Unbeknownst to you, you’re probably already a fan of Sheridan’s work. He’s a BAFTA-nominated composer who has worked on some of the most celebrated television and film releases of the last two decades. Then, in 2016, he experimented creatively with the release of his debut ‘Seven Days’. He took his IN-IS title from an island in his beloved Donegal, where he used to visit as a child. “I used to spend my summers in a small cottage. No electricity. Running water was from a stream up the mountain. There was a small island in Donegal Bay that had a magical attraction to me. I remember it began with the words Inis.”

The world around him remains an inspiration, and he often looked to the cities he lived in as a source of creativity and performance opportunities. While performing at a young age, he was never far from the streets and a crowd. “I played the saxophone and had my own sax quartet that busked. We were a regular fixture on the streets of Belfast around Christmas. The busking funded a new alto saxophone for me. And then a trip around Europe. It gave me the first taste of earning money from music.”

Upon graduating, he found work in the recording studios of London. Before long, he had worked his way up from tea boy and assistant engineer to head honcho. He began mixing, remixing, and arranging artists who came in to use the facilities. But always present was the desire to create. “My clarinet tutor would lend me his small Yamaha keyboard when I was younger. It opened up a whole new world to me. In my 20s when I worked in recording studios, I did not have my own equipment. So, I would work through the night after the day sessions and record my own music.”

Years of work paid off, and a CD of his work found itself in the right hands. Soon, he was working with a music company and “writing music to picture and that led to some short films and then a drama series for the BBC.” And as the work and reputation grew, so did the yearning to find new, different world to score. Thus, in 2018, Sheridan sat down with several collaborators to document the changing world around him. “Rather than compose another modern classical album, I wanted to create expansive soundscapes using real sounds and instruments. I wanted them all processed electronically and woven into a tapestry of sound.”

This attitude of provoking an aural response from an optical stimulus remains, and the desire to reach people looking for “something new” remains a key motivator in his writing. “Music that provokes a response in me inspires me. Sometimes that can be the simplicity and beauty of a Ryuichi Sakamoto composition or something more visceral like the Borders album by Elma Orkestra and Ryan Vail.” With this in mind, he started weaving his minimalist, cinematic compositions. Slowly, he began to populate it with voices he trusted, voices that ignited him. “The excitement of hearing their amazing voices woven into my own soundscapes was a real driving force for me. They are all very different voices.”

Take his newest single, the expansive ballad ‘Daydream’, which features Irish singer Ailbhe Reedy. Known for combining dark folk and inide in her writing, it was the brightness in her vocals that initially drew Sheridan to her. “It was also very important to me to have the overall sound and tone of the track relate to how the world could be in 50 years. As well as being slightly dystopian there is also hope…it feels like we are at a turning point and we can change things for the better.”

This combination of real-world issues and landscapes with a blend of modern classical and electronic music began to take shape in the form of ‘Daydream’. A dense, hypnotic release that catalogues the electronic ways in which society conducts itself. A lofty premise with a composition of equal standard, its all a part of the vision for Sheridan – “The layering of parts within my music is very integral to my music and that can create a beautiful ambiguity in my music.”

“Every single element of my tracks is very carefully considered and moulded, I feel I could reach out and touch every part …it is that real to me.”