We have just passed the 100 day mark of Derry’s year as City of Culture and when it comes to musical highlights who can forget the fantastic Other Voices Live takeover weekend in February. Maiden city natives Little Bear made headlines when they were chosen as the act to replace Two Door Cinema Club on the the final night at the Glassworks. With the whole city willing them on, they stole the show. In fact they did such a sterling job that that they were asked back by the Other Voices team to join them on the final leg of their three part festival in London!  Fresh from bright lights of the big smoke we wanted to know what impact this whole experience has had on the band.

► You were chosen as the last minute replacement for Two Door Cinema Club at Other Voices Live in Derry. When and where did you find out that they wanted you to fill TDCC’s slot?

Steven McCool (vox/bass): We had just finished our show in St.Augustines Church as part of the Other Voices music trail.  The show was sold out and the Other Voices crew had made their way in to see us. It was a great success and we were in high spirits, so we decided to make our way to the Gweedore Bar to check out the rest of the show streamed and have a few pints of stout and a wee pat on the back. We had heard earlier that unfortunately Two Door Cinema Club had pulled out due to illness and that the crew were looking for another band to fill the slot.  Me and Ryan looked at each other and said “if only”. We thought nothing more of it until later that night we received a call from a +353 number and got excited immediately. We made a run for the toilets as the bar was pretty full and got the news that we had been chosen as the band to fill the slot.  We were ecstatic.

► It must have been a fantastic feeling to be selected to fill the shoes of one of the UK’s biggest bands. Was there more excitement or nerves ahead of your performance?

There was mixed emotions, we were extremely nervous and excited.  We did think that we had big shoes to fill and that we needed to be able to pull this off, but then we seen the announcement and all the fantastic comments from the people of the city. Everyone was behind us and we only wanted to do them proud. That gave us an extra push, and made us more determined to get it right. 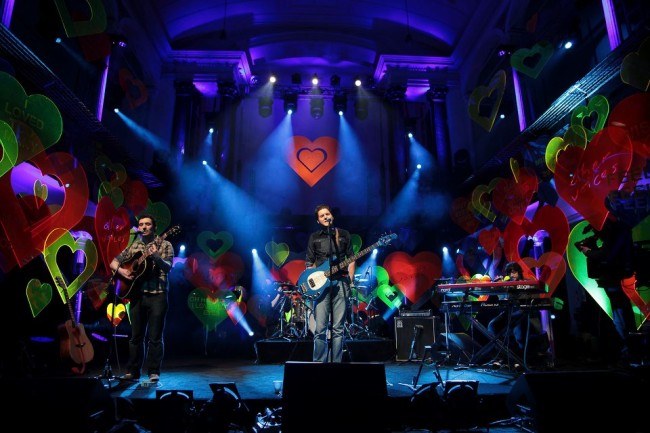 ► What will be your lasting memory of that weekend?

There are quite a few perfect moments, from watching Beth Orton and her husband practice their set to mingling with the stars of the night, but what stood out most for me was the moment we got on stage and seeing the Other Voices crew’s faces with big smiles when we started our set with the whole of the city cheering us on. I’ll never forget how welcoming and lovely the crew were.

► Did you have enough time to catch many other acts over the festival weekend?

I was out all weekend checking out all the acts I could during the music trail. There is such an abundance of fantastic local artists and seeing the bars packed to the rafters checking them out and loving them gave me a huge… smile.   I was also checking out the live streams in both An Culterlann and The Gweedore so I got to see a lot.  And of course Beth Orton, Daughter and James Yorkston on the bill with us.  It’s crazy really, as I was trying pretty hard to get a ticket for that night and was saying to myself, I’m getting in there no matter what as I’m a fan of all the acts of that line up. Little did i know what was to come…

► You’ve got a particularly dedicated following in and around Derry. What do you think makes it such a great city to play music in?

This city is a fantastic city for live music.  The crowds are very appreciative and really support you when they see you are working for it.  There is an abundance of great musicians in this city and a great deal camaraderie with us all.  We all try to help each other out as much as possible and that’s what keeps our city’s music scene together.

❝We are being transformed and there is no better instrument of transformation than music. Which our city is made up of.❞

► Other Voices Live will go down as one of many fantastic events which the city hosts this year. How much of an impact do you think these events celebrating City of Culture have had?

I think these events are opening the communities eyes to what can be done.  This can happen every year, it’s up to us how we do it. It’s a blank canvas.  We can see now that our city can be as big as any other major city and host huge acts to big crowds.  This is lifting the black political cloud that’s been hung over heads for way to long.  We are being transformed and there is no better instrument of transformation than music. Which our city is made up of.

► You’ve been playing music as a band for around two years but how did you all come together?

Well we tried first of all as 3 piece then decided to call in Conor Mason.  So, it’s been around a year with the current full band.  Me, Ryan and Mark met in the tech in Music Performance and formed a band which has since split up.  After that break up we decided to get together and really work on what we would really like to do, style of music and that.  I had a few tunes that I was writing in my bedroom and so did Mark and Ryan. They were all quite similar in sound and worked perfectly in a set.  We decided to get the tracks recorded. After the recording session we got chatting to Conor Mason and he said he’d like to have a go at mixing. We were very happy with the outcome.  Conor became a full time member soon after.

► What bands and musicians do you feel influenced Little Bear’s sound?

There is a lot of bands/artists out there that have inspired us in many different ways.  We could be writing influences all night.  Some mainstream and some local, it would be impossible to stick to just a few. We have been honing in all genres, different idea’s and sounds that we like then we just try and write as truthful and as honest as possible, not trying to sound like any particular band/artist.

► As a musician what inspires you?

What really inspires me is seeing someone work really hard for something and it paying off for them.  It gives me a great feeling seeing people push their work and become successful.

► Is there any under the radar artists from the city who you think we should keep an eye out for?

There are loads of great artists in our city. I’m a huge fan of Our Krypton Son and I hope Chris gets the attention he deserves this year. Conor Mason is a fantastic artist in his own right too.  There’s other great bands/artists too like Soak, The Wood Burning Savages, Conor McAteer, Kevin Brown, Best Boy Grip, Ryan Vail, The Clameens… and many more.

► On the tail of this success what can we look forward to seeing from Little Bear in the near future?

You can look forward to a new single and video in the next few months and an album after summer.  We have also a few big festival announcements and others. 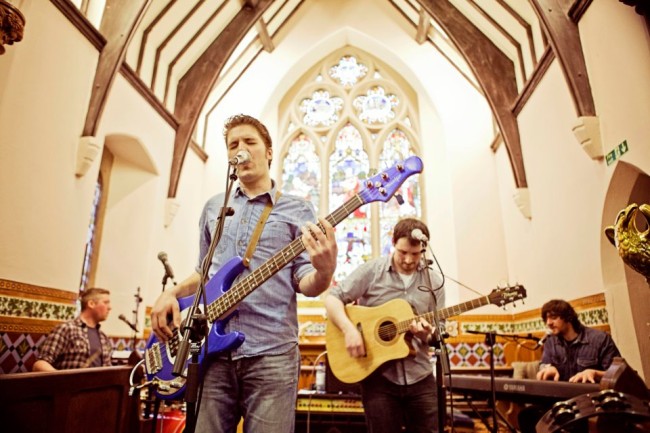