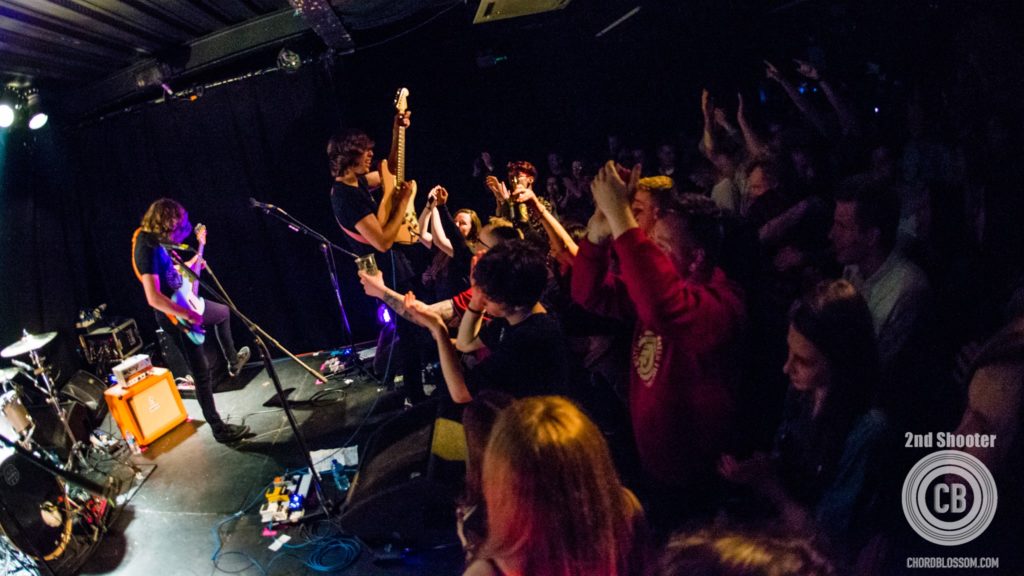 It’s often a long road for local bands on their way to a first album. For Brand New Friend that journey started a few years ago. Through line up changes, shows around the country, bedroom demos and a Chordblossom Kickstart win, that time has flown by. We weren’t the only ones watching, with many in Northern Ireland tipping them for big things. With a debut album just released on Xtra Mile, it was time to celebrate how far they’ve come.

As if the headliners weren’t exciting enough, first on the bill at the album launch was none other than Belfast’s Hot Cops. The much loved trio disappeared on us for a while there, with May 2017 marking their last public appearance. Saturday night was the time to blow the cobwebs off and remind us why they built up such an exciting reputation. Diving straight into new material, the band haven’t lost a step. Songs new and old flow out of them. New track ‘Negative One’ and its fuzzed up guitar follows on from old favourite ‘Passive Passive’. Frontman Carl Eccles’ vocals never quite deciding between a disinterested comment or angst ridden shout, as his guitar can’t decide on jangly Pavement-esque tones or grungier fuzz.

The disconnected disarray of ‘Decay’ is delivered with spirit, Brand New Friend’s Taylor Johnson losing himself in front of the stage. The band mark their return, ending on one of their madder tracks, the unrecorded ‘Art of the Act’. Unhinged verses, a jazzy (yes, jazzy) bridge pass before they through themselves into a lengthy outro of one of their best ever riffs. Noisy, rising in tempo and yet delivered effortlessly, welcome back Hot Cops. 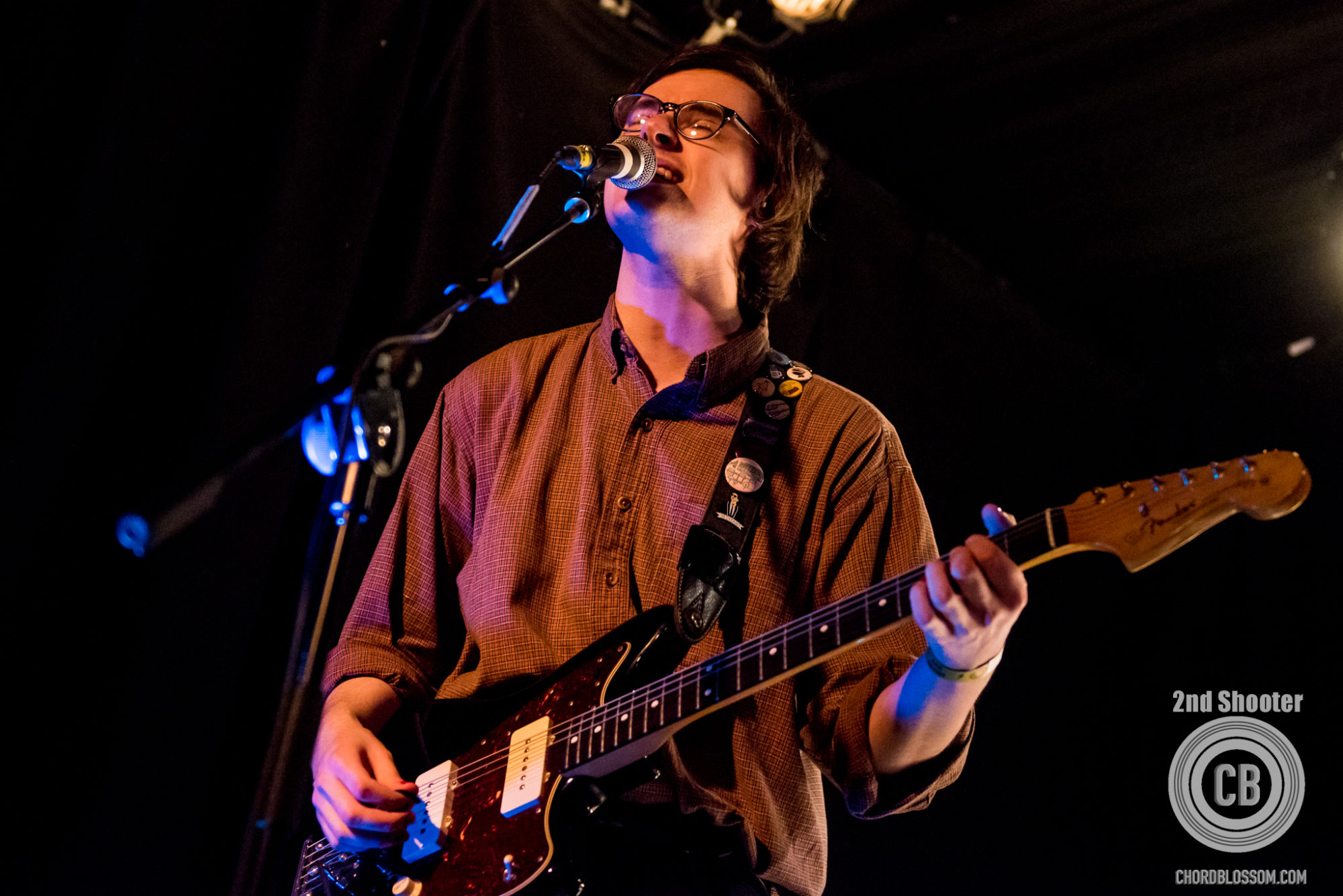 Following Hot Cops’ performance and with the Black Box filling up is Hunkpapa. Sandwiched between two exciting bands, the four-piece are no slouches themselves. They’ve been selling out steadily bigger venues, ready to hit Limelight 1 this month. They don’t mess about, hurtling into their biggest tune to date ‘Burlesque Warriors’ without warning. The new and unreleased ‘Cappucino’ makes an appearance with the band joined by collaborator and producer Chris Ryan on keys. There’s scarcely a let up as hooks, dancing and shouts fly by. The slower and more tender ‘I’m Alive’ is perhaps the one moment of relative quiet but performed with no less enthusiasm. The band have proved there’s plenty in their locker but where they excel is the live anthems. The killer component of ‘Obstructive’ is Johno Whittington’s silky guitar line, where closer ‘Lost in the Wild’ sees the band fall back on a driving rhythm and audience friendly choruses of “hey-ah”. Great for singing back to the band, not so great for putting into words on a review. On stage the band are a hot mess in the best way imaginable. Another great live performance matched by absurd outfits and high energy moments. 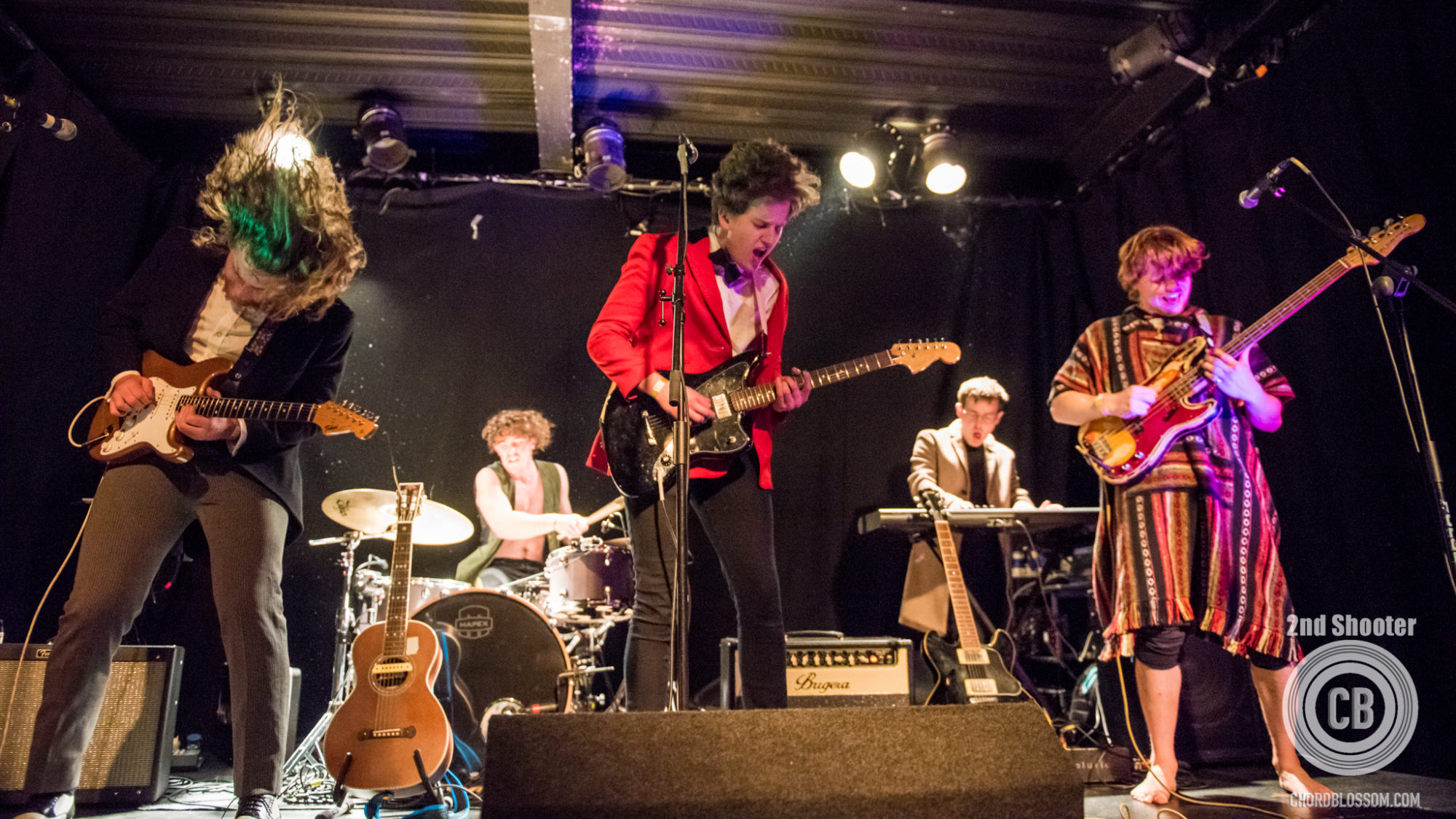 With the venue nearing capacity, it is time for our equally high energy headliners. Brand New Friend are here to celebrate the release of their debut album Seatbelts for Aeroplanes, but it’s on the gig circuit where they both cut their teeth and brewed excitement. The four piece of Lauren & Taylor Johnson, Aaron Milligan and Luke Harris get themselves set up and head into ‘Mediocre at Best’. With a busy schedule of shows leading up to the launch, there’s some tired voices and they take a few songs to hit their peak but the adrenaline of the occasion carries them through their high tempo tracks including the inch perfect two and a half minutes of pop punk that is ‘Hate It When You Have To Go’.

The live show has always seemed to come natural to the band but they’ve worked hard for this and it pays off. Lauren’s simplistic keyboard parts adorn track after track, with brother Taylor a sweaty picture of enthusiasm. The only let up as they tear through album tracks are Taylor’s impassioned speeches. Comparing the show to a football match, where we’re all on one team and 3-0 up. With the eccentric rhythms comes a Brand New Friend – Leicester City comparison as the self proclaimed underdogs make the most of their album/Premier League celebrations. The band smash their way through tracks from the album and 2016’s American Wives EP, ‘Why Are You So Tired’ and rare treat ‘Settle Down’ testing the well worked vocal cords. Lauren in particular perseveres through what’s perhaps her signature track by now, ‘A&E’.

It’s hard to pick out a highlight with the band failing to falter despite the high pace, with the front rows of the crowd sending everything back with just as much vigor, limbs moving and lyrics sung back at the tops of their voices. Described as weird by Taylor, ‘The Blame’ takes them a little outside their usual comfort zone but delivers a great moment. A song Weezer would love to have written, ‘Cold’ moves into the speedy ‘Girl’, Taylor and Lauren swapping lyrics back and forth. A huge round of applause, cheers and a quick crowdsurf from Aaron preludes their encore. A track special to us at Chordblossom, helping them to their Kickstart win, ‘I Was An Astronaut’ perhaps remains their most infectious tune, played here like it’s the last show of their lives.

Throughout their set, Taylor constantly referred to the gathered crowd as their gang. It may be over dramatic, but there’s a real feeling of love in the venue, with plenty who have followed the band from their beginnings gathering to show their support. This will have been a hard night for the band to come down from, a real celebration to mark the band’s debut album. 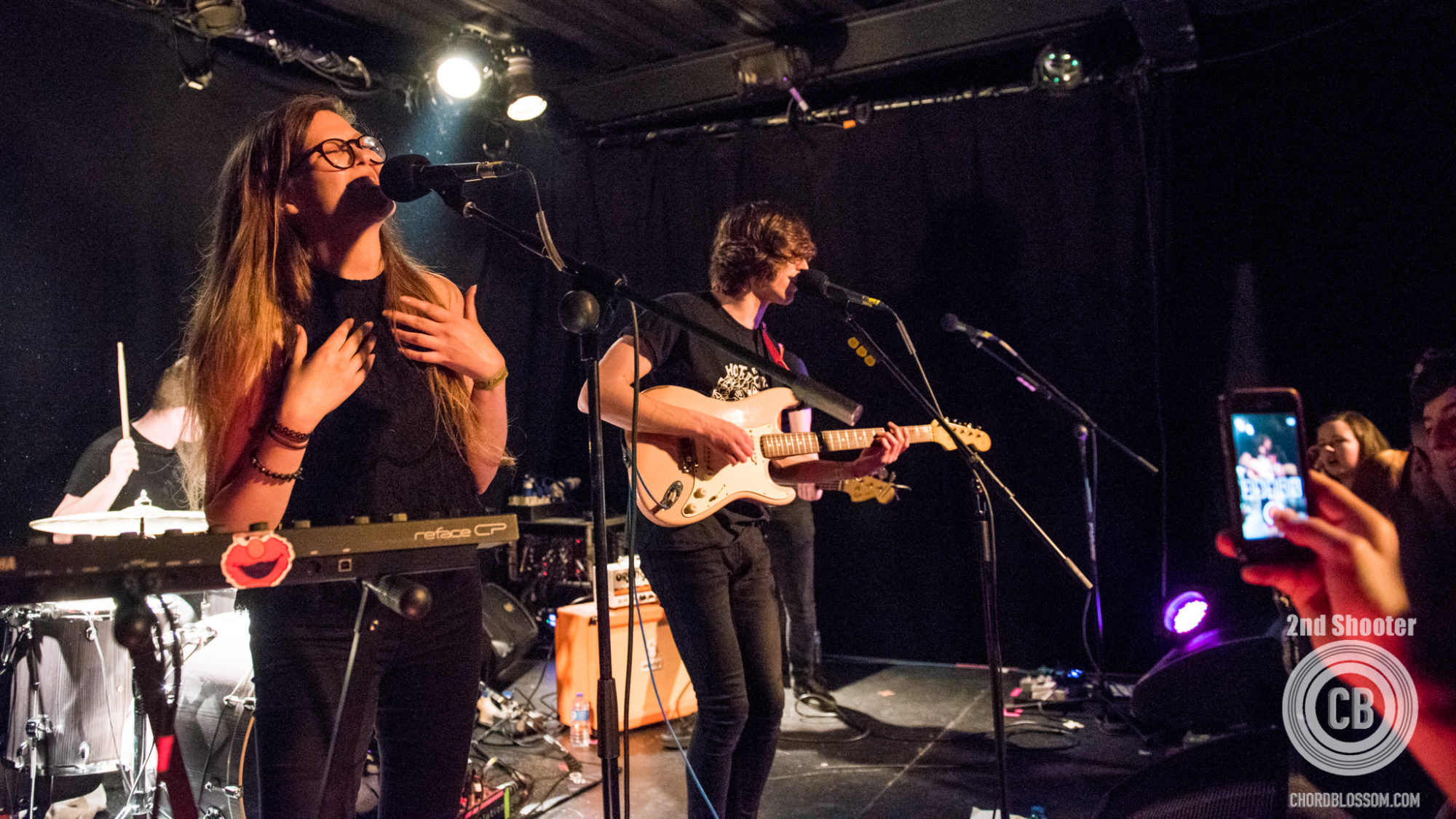