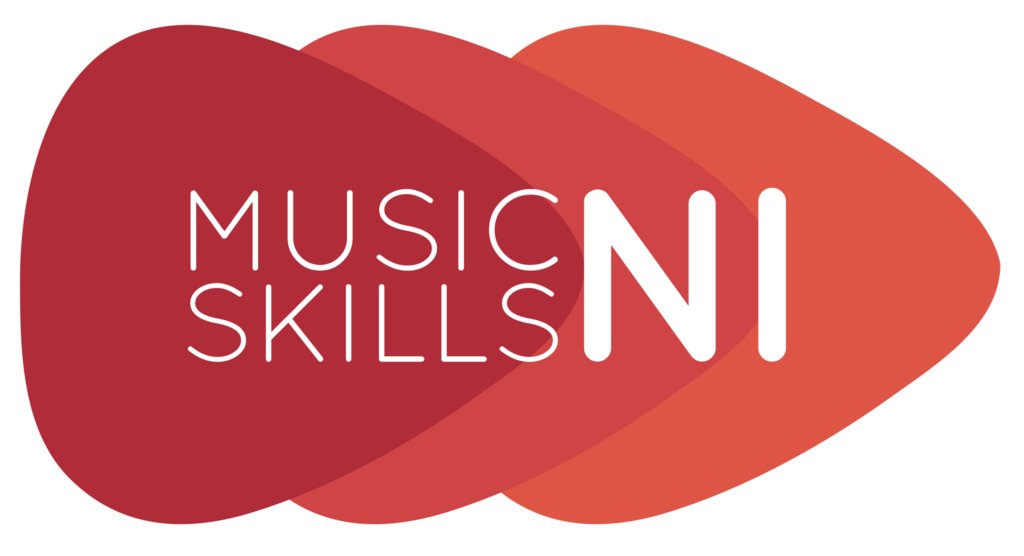 If you ever wanted your finger on the pulse of where the current Northern Ireland music scene is headed, look no further than the annual Music Skills NI competition.

For the uninitiated, Music Skills is an annual competition in which all the regional colleges in NI face off against each other. This year the event is hosted by Belfast Met in The MAC, and once again features Help Musicians as the sponsor.

The main lobby of the MAC was alive with energy as busloads of hopeful competition entrants and their supporters socialised and prepared for the big day. Soon enough we were guided into the main theatre of the MAC for our welcome message and a rundown of the competition.

Dave Jackson, former The Voice contestant, was our energetic host for the day who spent his time on stage alternating between explaining the competition rules and masterfully roasting his hecklers. Dave explained the procedure of the competition and shared a few stories from his career to keep us entertained as the crew set up the first category.

The rules of the singer-songwriter competition are straightforward enough. 48 hours ago every contestant was given a brief as to what to write a song to. This year the theme was Time. Judging was our very own Aaron Cunningham (Chordblossom Deputy Editor and objectively nice guy) and local music blogger Aine Cronin-McCartney.

Most entries into the competition were duos, barring a notable exception. ‘I Am Muir,’ whose a one-woman performance featuring a piano and a MIDI pad to trigger drum and synth loops drew more than its fair share of attention. She entered the stage quite confidently and gave a brief introduction of what the song was about. Her display won her large applause of the audience, first place in the competition and a spot at Stendhal festival.

Runner up to this category was Hoodlin, who performed a Sheeran-style pop acoustic ballad called ‘One Day At A Time’ which jumped out at me for its lyrical content and vocal performance disguised in an innocent sounding pop song.

We make our way to the upstairs room in The Mac for the Electronic Performance category.  Dave greets us once again and has a bit of fun heckling our judge James Joys, an electroacoustic composer. His fellow judge Herb Magee (Arvo Party), escapes unscathed.

The format of this competition is a little different from the other years as DJ and electronic performance have no been combined into one which made it a little hard to directly compare the skillset and abilities of each individual performer.

The winner of the category was Ryan Campbell who performed a clearly blended medley of original tracks using a wide range of equipment. Runner up was ROC who incorporated live instrumentation with electronic elements and instrumentation.

After lunch, we were ushered back into the main room for the Cover Band category. Dave welcomed us back with amusing anecdotes of his mates throwing up on stage and read out some people’s tweets from the stage while last minute preparation for the Cover Bands section was underway. Local singer-songwriter Gemma Bradley joined Aine in judging this category which saw a wide range of covers from Anderson .Paak to ABBA.

Runner up White Noise performed a rendition of ‘American Boy’ by Estelle and ‘Hey Ya!’ by Outkast. The female singer put her full talent on display while the bass player was as tight as could be with the drummer.

The overall winner was True Clockwork who ementaed a different energy from the minute they walked in. They opened up with a duet of ‘Ain’t No Mountain High Enough‘ and straight away showed incredible stage chemistry between the singers are rest of the band. Without missing a beat they juxtaposed the song into their second cover, a jazzed-up rendition of ‘Sweet Child of Mine’ not too dissimilar from Post-Modern Jukebox’s version complete with three part harmonies and a saxophone taking the iconic riff. A very well deserved win!

The next stage of the competition took place in the upstairs room the electronic performance has taken place in earlier. There were two categories being judged. The first was Soundtrack in which students were given a video 48 hours ago and had to create a soundtrack from scratch. The other was a remix competition in which students were given 48 hours to remix No Oil Painting’s ‘Icarus‘.

The organisers alternated between showing us an entry of the Soundtrack category and the Remix category. On the face of it, it might sound somewhat fatiguing to watch the same video half a dozen or so times but the audience didn’t seem to mind, giving each entry respectful applause.

These competitions were once again judged by Herb and James but they were now joined by local electronic musician Hannah Peel.

Back in the main theatre, they were setting up the stage for the original band competition, judged by Aaron and Gemma. The prize being a recording session generously donated by Half Bap Studio.

MJ + Band performed their impressive original set to an enthusiastic audience. The acoustic playing frontman commanded the stage with flair and purpose while also acing the falsetto vocalisations of one of the song’s chorus. The songwriting had a unique sense of purpose about it, there was palpable sense each song meant something to each musician performing it.

Runner up Angry Elves performed two original songs. ‘Birds‘ a mid-tempo quiet ballad that gradually gets louder and ‘Wallbreaker’ a more straight forward rock song. Both songs showcased a breathtaking vocal performance from its frontwoman who could smoothly glide from note to note while alternating between grace and temperament as the song demanded. The rest of the band clearly had the chops to compliment her performance which made this a standout band for me.

After the competition had concluded all the winners were announced and there was a quick ceremony of handing out each prize to the winners. I came away from the day having heard some absolutely great music and a smile on my face knowing the future of the music scene here is in safe hands.