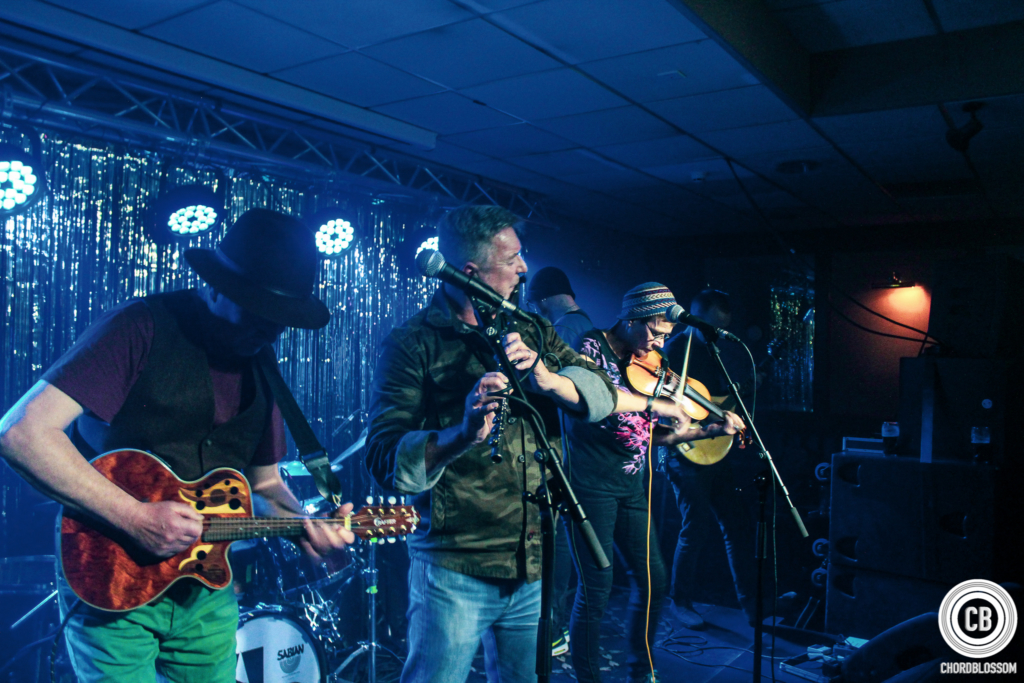 Cage The Elephant’s ‘Aint No Rest For The Wicked‘ rang through my head as I hurried through the quickly darkening night, my hands noticeably absent of Boojum (who closes an eatery at 8 pm on a Saturday night? Heathens). It did little to distract the aching ring I could still feel reverberating throughout my body following the onslaught from Mosmo Strange and co. Powered on by the gusto of Matt Schultz, I soldiered on though the night towards the Ulster Sports Club for the second round of festivities and Sons of Burlap.

I manage to make my way upstairs in time to catch a majority of the opening set. Queen Bonobo commands the stage this evening, treating an already sizeable crowd to a set of her indie-folk infused jazz melodies. Usually accompanied by a full band, Bonobo tonight mans a mostly empty stage but does an admirable job of filling the room with her sound. A fluid performer with a distinctive grasp of a room’s dramatic tension, Bonobo rattled through a number of tracks off her debut album Light Shadow Boom Boom – the usually massive ‘Boom Boom’ was given its own unique A capella flavour that emphasised its percussion-like vocals, and stand out track ‘Honey’ managed to retain the same warmth and flavour as its recorded brethren. It’s no small wonder as to why Sons of Burlap picked her as their opener.

What followed looked more akin to the opening scenes of Dumbo than a normal band set up as Sons Of Burlap took the stage. Something of a cult follows the band, who tout more members than I count friends. Their mix of rock and trad sensibilities earn them crowds throughout the island and tonight is no different. A crowd pushes its way to the front, eager to feel the full force of their swashbuckling set. Burlap do not disappoint. Launching into their set list with an upright zeal, their sound is one that illicits a frenzied energy from their listeners. Music that makes you feel like you need to keep up with it, or be left in the dust. The band are in rare form on the night, a celebration that sees the release of their debut album, with songs such as ‘Blood Margaret’ and ‘Caravan’ inspiring as much sweat drenched dancing as any act I’ve seen. Burlap carry themselves with the poise of an act that has manned stadiums, and they delivered a show to match. Rarely has a wind instrument left me feeling so battered. Intense and sneakily dangerous, but also laugh-out-loud fun, the arresting nature of Burlap is one not to be missed.