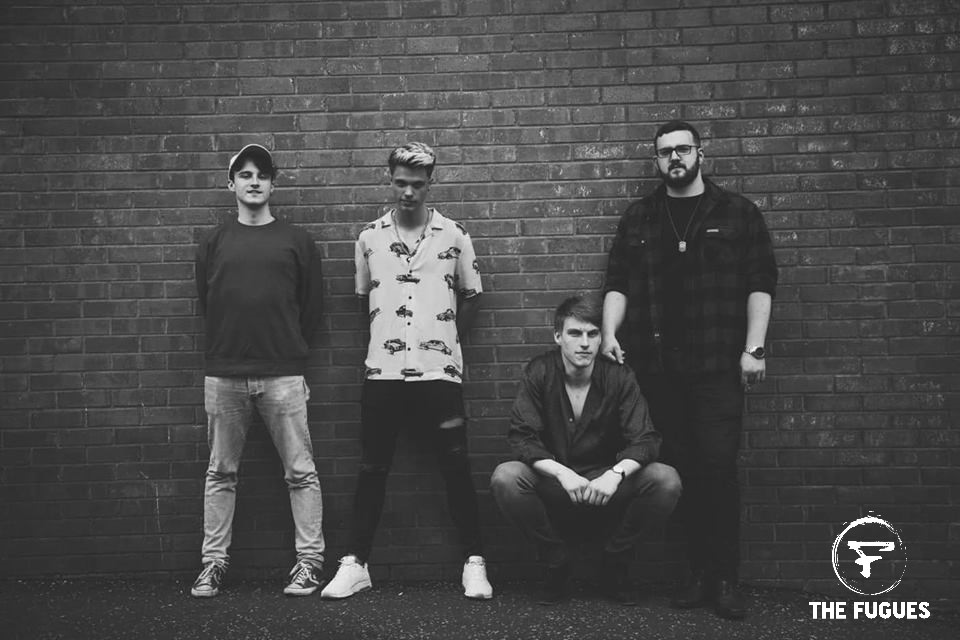 I’d just reached the halfway mark through Fountain Street when I began to hear them. Faint reverberations coming from an upstairs window, distant echoes of what can only be a soundcheck. I make my way upstairs to observe and pass through the open doors to Voodoo’s performance space without hassle. From my seat at the back of the room, I see The Fugues begin their next song. They sound tight. They look good. Its hard to believe they have been absent for so long.

And then the song stops. To my ears, it does not sound like they’ve missed a beat, but the sound engineer disagrees. There is much back and forth, as instructions are barked while the band quickly make their adjustments. It is in-between numbers that a visible nervousness creeps in. I back out the door as the opening chords of the next tune begin, wondering exactly what the show will be like. The Fugues are the only band playing tonight, a symbolic statement for a comeback gig. One can only imagine what’s going through their heads.

After a quick stop off in the hostelry below, I make my way back upstairs to see a crowd has emerged in my absence. The band are already on stage after a quick change (apparently it was shit shirt day? I seemed to have missed the memo) and I struggle to approach the stage. Fans are packed like sardines in anticipation for the performance. An imposing (tall. like abnormally tall.) band, they cut quite a figure stood atop the stage. Their presence is announced to the crowd with a roar and a power chord that quickly bleeds into opener ‘Long Time Waiting’. The group is without a lick of their earlier nerves, sounding better than they had before. The same biting indie viciousness with poppy undertones that won the heart of the local scene is still there, while the tinny lead guitar and uptempo groove bring Twin Atlantic comparisons to mind.

An audible cheer goes up at the announcement of their next song, the first one they ever recorded. More rocky than the set so far, I am struck by the variety in the set list, which has a little bit of everything. Riffs and licks for the rockers, hooks for the dances and harmonies for everyone else. The Fugues sound tight, professional even, which is satisfying to watch in of itself. As the set progresses the vocals and lead guitar gravitate towards punkiness, giving that extra edge that only incises the crowd. At one point, frontman Kaelan Powers steps back from the mic to laugh and the band join in, clearly in love with the energy. The Fugues returned from their absence unabashed and grateful. This translated into an appealing, accessible set filled with noise and dancing. There’s not much more you can really ask for.