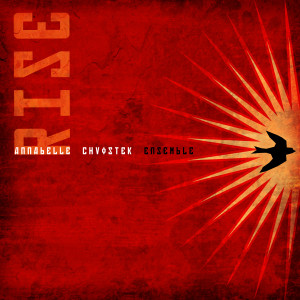 Chvostek… Not an overly used name in today’s popular music genre however Annabelle’s a borderline veteran in this fickle music industry and having 11 dates in venues booked all around England in March alone for her live gigs, you may want to get better acquainted with her sound fairly quickly.

Opening the album is a great track to really make the listener get a feel for Chvostek’s style. “End of the Road” has that ‘summer at Woodstock’ feel where everyone should hold hands and sway along! Chvostek has a dissension to her voice that doesn’t 100% marry with the upbeat, plucky background guitar so it gives the song a subtle edge. Although once the backing vocalists come in for the chorus, you’re consumed by the harmonious feel good sound that’ll leave you reaching for your festival hat.

The album is laced with these laid-back easy listeners, however does dabble in some different styles solely through the vocal talents of Miss Chvostek. Where the melodies, beat and instrumentals remain largely unchanging, Annabelle has the power to alter the style of the track and perhaps leave you pondering which genre to place her music in. ‘All Have Some’ leaves you reaching for your best tasselled shirt and line-dancing shoes with its classic country and western style jagged violins and male vocal accompaniment, while ‘Some Kinda Love’ exudes an alluring, mysterious kind of vibe. It’s the type of song that might be playing in the background of a smoky back room in a bar filled with Quentin Tarantino characters. Annabelle shows off a sexy, smouldering edge as well as demonstrating her amazing vocal versatility. Her range plummets and peaks with total control and easily carries the listener through each track.

Interestingly nearly every song has a politically based foundation. Although the ‘G20 song’ is where the listener is especially impacted with Chvostek’s pertinent, activist views. If politicians could put their thoughts across in this medium the way Annabelle does, there may just be a hint at world peace. Her punchy, current and topical lyrics are disguised in a French beret of accordions and a catchy beat. Cleverly though, Chvostek manages not to lose the strength of her words through her soft story-telling delivery. The music serves to amuse and entertain, where the lyrics challenge and provoke;

“Oh fence-sitters and witnesses would never thought that we,
Would stand in the faces of state brutality.
We’re living in our nightmares and fit for waking hours,
We’ve come inside the struggle though, we know what rights are ours”

Now… transport yourself to a French Chateau on a lazy hazy summer’s day sipping on a cool glass of Pinot with ‘The Will of How’ as your theme. A beautifully delicate, well-mastered display of string mastery forces you into submission. Put your feet up and have one of those “Aaaahhh…” moments as your ears are engulfed with vocal tranquillity. To go from this controversial and passionate stance in ‘G20 song’ to an appeasing, slice of serenity shows just how Chvostek is able to cover a multitude of genres and tackle timeless political issues in an accessible way.

This is a slow, methodical piece of work from Chvostek. It’s a swirling portrait of thought-provoking content disguised in a melody of simplicity. The sound covers anything from folk to soft indie rock, with a little bit of country thrown in so has the potential to appeal to the masses. For me, I’m waiting for the pace change, the stand out track, something with a bit of oomph! It doesn’t come, but maybe it’s not supposed to…

◀ STANDOUT ⁞ The Will of How ▶
◀ SOUNDS LIKE ⁞ KT Tunstall ▶