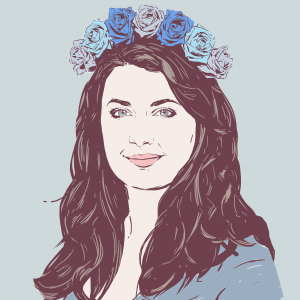 Country music has always enjoyed an inexplicably huge following on both sides of our border, which the national scandal that followed in the wake of 2014’s ‘Garthgate’ scandal following prodigal son Garth Brook’s cancelled stadium shows, as well as the baffling continued popularity of Hugo Duncan’s Radio Ulster programme will attest to. One unlikely benefactor of this love-in was Portadown singer-songwriter Ciara O’Neill, for whom March’s Belfast-Nashville Songwriters Festival served as a springboard for bringing her melancholic folk to a wider audience, with her well received set at the Empire scheduled to be broadcast by American network CBS to an alleged 60 million homes. Fine time to release a debut your album, then.

The Ebony Trail is the result, and it certainly builds on the promise shown in March. Opening with the rustle of feet on leaves on the title track is a nice if admittedly literal touch, with O’Neill’s finger-picking providing suitably haunting accompaniment to her sweetly sung yet emotionally fraught lyrics (“knee deep in mud/ all alone in my grave”). The track effortlessly segues into ‘Dead, Black’, an equally doom-laden slice of gothic pop, with O’Neill capturing a sense of romantic desperation (“I need to be loved, it’s ok to cry” being typical of the track). It may not scream Carrie Underwood, but the post-Americana of Nashville based songwriter Lera Lynn does seem like a reference point, especially in the extended coda of ‘Fortune Favours’. ‘Ghosts’ is a welcome change of tone, with O’Neill’s multi-tracked vocals adding an ethereal, dreamlike quality to the song, adding a suggestion of redemption to the mistakes of the song’s subject.

O’Neill is backed by a number of talented musicians in the studio, who help take her solo compositions to new places. Pianist Conor Scullion contributes backing vocals too, most effectively when turning the emotive outro to ‘Follow Me’ into a duet, while namesake Donal’s understated electric guitar lines add extra drama to the brooding ‘For You.’ Michael Mormecha’s percussion is a steady bonus throughout, but most ear catching is Jan Smyth’s violin playing. An instrument that is often used to startling effect in the darker end of the folk spectrum, O’Neill takes full advantage of Smyth’s talents here. The violin adds light and shade throughout the album, but it’s on Primroses where it really gets to shine, acting as the main counterpoint to O’Neill’s typically brittle guitar and vocals.

Feel good this is not: closing number ‘The Road’ may not be directly based on Cormac McCarthy’s novel, but it certainly shares the same themes of hopelessness and isolation with the modern classic. That said, there is some undeniable dark beauty in these tracks: O’Neill is undoubtedly a singer of quality, and a lyricist adept at creating vivid, emotional frail imagery, and when the two combine The Ebony Trail really soars. It’s something that at least some portion of CBS’s audience should grab onto to, although regular playtime from Hugo Duncan may be some way off yet.