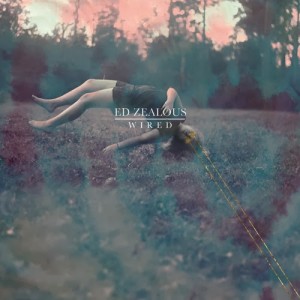 After a bombardment of singles over the space of several months, there was much delight to hear that local favourites Ed Zealous would finally drop their debut album. Similar to many Northern Irish acts that have been hotly tipped over the years, there has always been that nagging doubt that they would ever release an album.

Listeners are eased in reasonably gently with ‘147’ and its siren like, synth intro and quick time drum beat. There is no rest for the wicked or your ears however, with the scintillating trio of  their earworm singles lined up one after another. Such is the strength of ‘Thanks A Million’, ‘Medicines’ and ‘Telepaths’ that they all could have been nominated in our songs of 2013 shortlist. The latter offers that hidden rave music fan inside you the opportunity to pop their limbs out and throw shapes on the dance floor. We suspect even the most anti electro-pop among you will struggle to not tap your feet along to the stonking beats on offer here.

Despite the often chaotic & frenetic nature of proceedings, the Belfast four piece do on occasion manage to take things down a notch. Most notably on the hypnotic and trippy ‘I Will Destroy You’ that provides some much needed respite alongside companion pieces ‘Talk With Your Hands’ and ‘These Words’. Rather than the album suffering from a change of pace, it only serves to heighten your appreciation of the bigger tunes and it never deviates too far from the synth dominated sound we have come to love from the band.

Speaking of big tracks, ‘Diamonds for Eyes’ yet again proves McAvoy and co. have the ability to pen the biggest of catchy indie anthems. It romps through at a supersonic pace, throwing its insatiable dance beat and catchy chorus in your face. It has radio hit written all over it!

If there is a criticism to be found, it would be in the lyrical department. “I’m living in the city, everything is silly” is a slight blemish from ‘Videohead’ that perhaps should have remained on the cutting room floor. Yet on the other end of the spectrum, ‘It’s Only the End’ shatters the illusion that the best songs tend to feature on the opening half of a record. This album’s final track slowly builds to an enterprising climax that is tinged with a cascade of classic 8-bit bleeps and bloops .

The indie pop/rock arena isn’t for the faint hearted, as it is dominated by the equivalent of Russel Crowe-esque gladiators. Therefore the question is; will Ed Zealous be slayed like so many others? Put simply, no…While this album may not strictly offer us anything that we haven’t heard before, there are more than enough joyous, bubbly and slick tracks here for your aural pleasure.