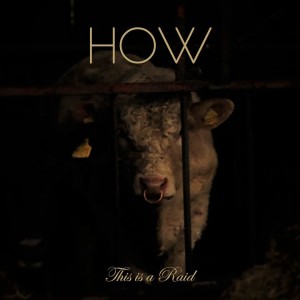 If there is one advantage to growing old, and the Lord knows there are precious few, it is that you become free of any peer pressure regarding music – you can like what you like and you don’t have to justify it to anyone (apart from in a financial sense to Mrs G). But there is no need to explain to anyone why you like Band A as opposed to Band B – you don’t have to try to fit in by liking something that is hip and you don’t have to try to stand out by liking something that is niche. I find this tremendously emancipating – freeing me up from just listening to one type of music or, just as importantly, ignoring a type of music. Examples? Well, regular readers of my reviews will know that Pop/Punk is not a genre I am a fan of and yet I love Fall Out Boy. Why? Cos they right damn good songs. Simple.

But, although I may no longer feel peer pressure, I am a reviewer and therefore it’s pretty much my duty to justify why I like one band, don’t like another and why you should take a blind bit of notice of anything I write when making your musical choices; why you should check out a band you otherwise would not have. If my mission has not been clear to this point, then I’ll state very simply that, what I want to achieve is that someone reads what I write and takes a chance on a local band; who will then find themselves agreeing with me that we don’t have to chase the latest trend from England, USA, wherever, because there is good music being made right here on our very doorstep.

So, get to it Al. Why should people rush out and get ‘This is a Raid’ by Armagh 4 piece HOW? In a word – SONGS! Yes, what makes any album by any artist is the songs contained within it. Seems blindingly obvious doesn’t it but yet, for a lot of bands, they worry an awful lot about style but not substance. For me though, the songs have to be there, first and foremost and the rest is all frosting. The style of music no longer has to be original, given that this is almost impossible without a new instrument being invented; the songs just have to be good.

HOW have not reinvented the wheel – they don’t need to. Their music brings me in mind of late 70’s/early 80’s New Wave bands, like The Cars, Talking Heads or Blondie; bands that had a Punk ethos in that technical excellence is not their bag, but were able to do more that just bastardise 3 chords, scream, spit and be anarchic. The bands I namechecked could write tunes that stuck in people’s heads. They were the bands that MTV (the station that used to play music all day) was built on. They could write songs that meant something but yet weren’t trying to be too cerebral. They could write songs that didn’t need to last 7 minutes to tell the story. And so it is with HOW. There are riffs and hooks you will swear you’ve heard before. There are echoes of several bands, past and present. There’s a touch of early Killers in there with some melodies, Razorlight might get a nod too and their stomping sing-along choruses are right up there with Mumford & Sons.

There isn’t any pretence of being too poetic and deep – and yet there is depth to be found. It’s not devoid of the odd cliché or lyrical clunker… ‘White Lies’ has the cliché of rhyming teaming a phrase ending in ‘war’ with a phrase saying ‘what are we fighting for’. And yet, the tune is saved by the ‘white lies’ refrain that showcases immediately Pete Kerr’s fantastic voice when he goes into full shout mode and how it is the perfect foil for Ben Whittington’s sweeter voice. The band use this interplay throughout the album to devastating effect, never more perfectly illustrated than on the wonderful ‘Suzie’ – which features at least two hook lines – that’s two more than most bands can muster.

As soon as the infectious album closer, ‘Dancing’, is finished (with Pete sounding like John Fogerty in ‘Up Around The Bend’), you just want to press play and listen to the whole album over again. I swear, after one listen to the album, you will be humming tunes like ‘Rufio’, the wonderfully irreverent and colloquial ‘Cyanide’ (parental sticker required), the soft, wistful ‘Coney Island’. There’s only ‘Fall In Love’ that bucks the trend, being slower and more moody and, wouldn’t you know it, but it’s a cracker as well.

I could go on and on. Any listener will have their favourite. There isn’t a duffer in the eleven songs on view. You rarely get that with any album, never mind one that is a debut, self-recorded and self-released. They have done the hardest thing in popular music i.e. find a hook – and not just in one song, but eleven: eleven songs at an average of just over 3 minutes each. The overall effect of this is like being a boxer on the receiving end of an opponent who just jab, jab, jabs (times eleven) leaving you dazed – but it’s a good dazed. The rhythm section of Maxl Pledl and Johno Whittington play their role in providing the punch to the band with beautiful efficiency.

For the love of all things sacred, check this album out. It is impossible not to like. Add HOW to the ever-increasing, seemingly never-ending list of great, original local bands.