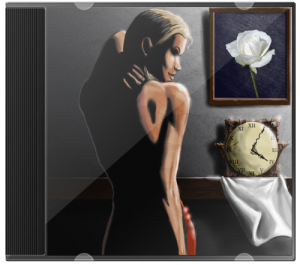 In Elegance released this self-titled EP in January, and what an instantaneous sound these guys/gal can produce. It’s pretty hard to pin point who they sound like, but of course; this is a good thing!

They cite 30 Seconds to Mars and Jimmy Eat World as some of their influences, and this can slightly be heard in the EP, but it has to be said that they do have their own edge. Perhaps it’s the soft, emotional vocals injected by female singer, Taryn Walker, that soar above the heavy drum and guitar sounds that make the tracks stand out. The EP opens well via ‘Open Your Eyes’ with its driving drum sound and edgy guitar intro. The song has great dynamic contrast between verses and chorus; you can imagine this little ditty would be exciting to watch live. It’s refreshing that ‘Easier said than done’ provides a complete contrast to the other two tracks on show whilst still gelling and coming across as cohesive. It’s good to hear a local band with some instrument restraint and who clearly are trying to do the best by the song.

The EP is very well produced and it’s quite an achievement for the band to release something of this calibre having only been together for a year now. It would be great to see the band experiment with vocal harmonies a little more in order to enhance Taryn’s vocals in certain parts of the songs. It would also be nice to see more guitar hooks that seem to be present in ‘Burn Bright, Fade Fast’.