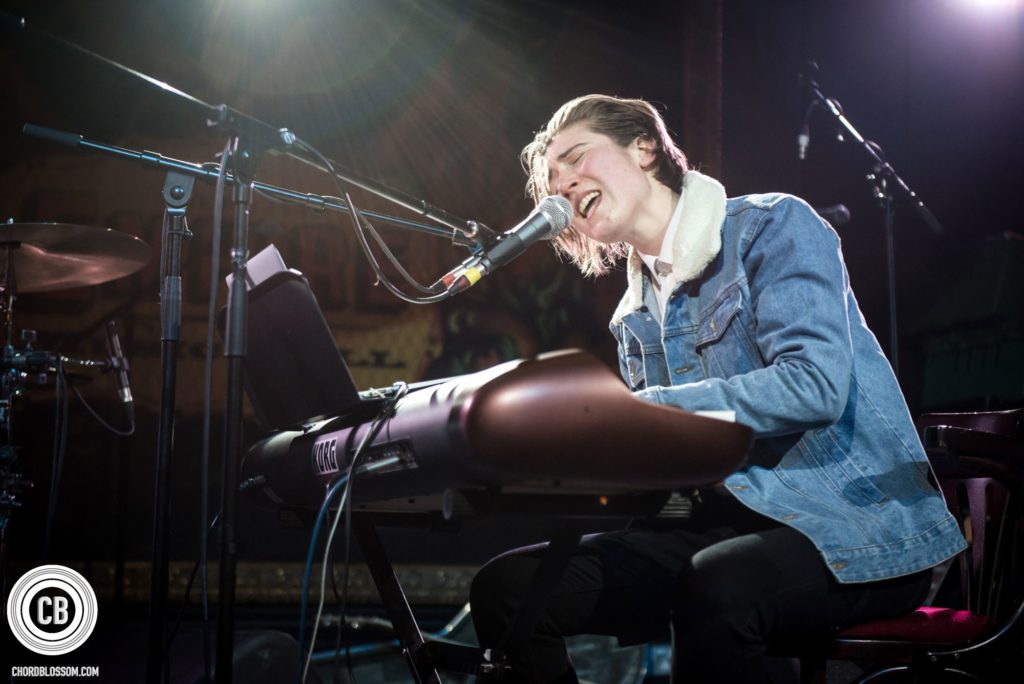 Its been six years since singer-songwriter Kitt Philippa announced themselves in Belfast. For many, it’s been a long six years of anticipation, in hopes of a debut album to arrive. But when themes such as theirs are considered – the relationship between art and self, a search for humanity – timeless themes, then it all becomes relative. With new masters of previously released favourites and a slew of new material, the debut of Philippa has both been a long time coming and arrived exactly on time.

A blend of classical and contemporary influences, Human is a swirling landscape of electronic and acoustic sounds. The aching, cavernous vocals of Phillippa have a spiritual quality to them that lends a seriousness to their already weighty topics. Title track ‘Human‘ for instance, is a unifying cry for love, feeling and peace, brought to a higher level behind the sizeable power of its vocal performance. This becomes a repeated device throughout, the deceptively lo-fi sound of tracks such as ‘Grace‘ and ‘Atlas‘ given a boost into the heavens behind Philippa’s rocket fuel voice.

Indeed, wordless overlaying factors become the norm. Throughout is an omnipresent sense of longing, a searching eye if you will, that informs the musical direction of Human from start to end. Its what endears you so readily to the album, this all-to-recognisable yearn for connection in an increasingly detached society. It’s imprinted in the mission statement of the record, the act of becoming Human through artistic expression, be it in the vulnerable poetry of the lyricism, the deliberate and delicate beauty of the keys or in joyful, boundary traversing vocals of Philippa. An album that speaks to many on a personal level without singling you out, the warmth and empathy of Philippa’s debut is astounding. And not a minute too soon.