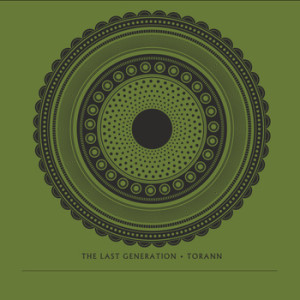 In the world of music there seems to be an almost endless supply of genres, of bands and musicians striving to sum up their sound in a few pithy words. Thus today we have The Last Generation, purveyors of ‘riff rock’. A rather promising-sounding genre indeed! The Maghera-based lads formed their band a few years ago and have just released their second EP, the slightly exotic-sounding ‘Torann’ (which follows 2011’s ‘Revelation’). This second EP shows a clear and literal growth for the band as it contains four songs as opposed to ‘Revelation’s’ three, all of which are markedly longer than their first EP.

So, what does ‘riff rock’ actually entail? Well, for starters: riffs. Yep. Big riffs, meaty riffs, sinewy, Seventies’-sounding riffs. Opening track ‘Chromosome’ is a case in point: it starts with a dose of proper old school riffs. It’s quite Sabbath/stoner, but with enough flash and colour to give it a modern edge. The urgent, occasionally almost whispered vocals give the song quite a trippy vibe (singer Jude Mullan has quite a Chris Cornell ‘thing’ going on). In all, quite a promising start to the EP, with only one teeny tiny niggle: the slightly distracting (and largely unnecessary) double bass drumbeats interspersed throughout the song.

Lead single ‘Battle Royale’ is next, all skiffle-y drum intro and appreciable Seventies groovy riffs. There’s a real collage of influences here: from Sabbath to the Cult, to modern rock such as Heaven’s Basement and even a touch of Nirvana-esque grunge. It sounds a bit fiddly on paper but actually works really well in practice.

That Seventies style is present again in third song ‘Distort Reality’, with its distorted (natch) downtuned guitar intro. The vocal combination of ‘Heaven’s Basement meets The Cult’ sounds pleasantly rich but ably rocking. The best part, though? The trippy, compelling guitar solo which lifts this song up to ‘highlight of the EP’ position. It then ends in another blaze of deep, throaty riffs, just as it started. Final number ‘Gutteral’ is more straight-up hard rock than the previous three songs. There are still traces of stoner rock, but this is complemented by thrusting, almost punky riffs and a rather more raw sound. This toe-dipping into other genres is not new to TLG; the last song on their previous EP (‘Classic Manson’) was also quite punk-flavoured.

So, there you have it. Riff rock in a nutshell: loads of riffs, a sprinkling of Sabbath-y stoner rock, and a dash of Heaven’s Basement style modern rock. It certainly sounds like a recipe for success, doesn’t it? Let’s hope that, out of all the ‘new’ genres out there, ‘riff rock’ is one that’s here to stay.

Ruairí and The Owls – BadSleeperDayDreamer

#4 ”Stuck in the Middle With You’ – Reservoir Dogs