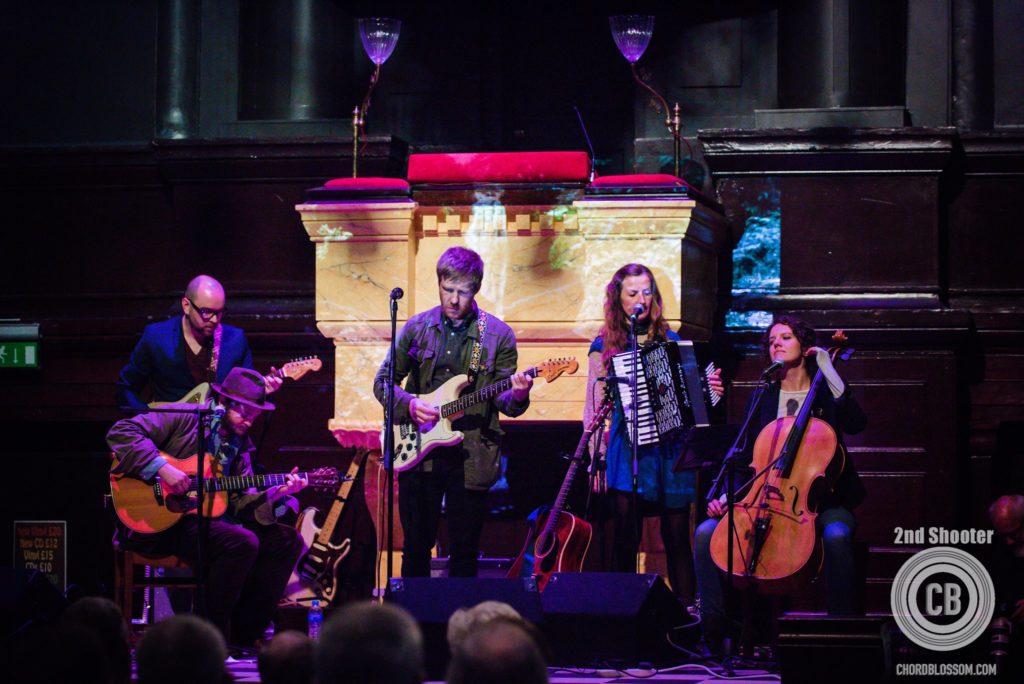 What a time for a new Malojian album to drop. Long in the gestation, sudden in the release, Stephen Scullion has been working on this little gem since 2019’s tour with Grandaddy’s Jason Lyttle. While (technically) not due to release until later in 2020, it’s almost like a perfect storm for Stevie’s 5th album – his own unique and accessible songwriting style, the pop/indie influences of Jason Lyttle and a release just as the world went into Conorna virus lockdown. Here we are, sitting at home and looking for something to grab our attention and Humm delivers in spades.

Humm is (mostly) stripped back and minimalist in its sound and it sees the overall vibe move further away from the guitar-based sound on early albums and towards the more ethereal and spacy sounds of Some New Bones; not entirely though; there’s still tracks like ‘Walking Away’ which brings the rock and some scuzzy, fuzzy electric guitar and stands out from the other tracks on the album for being…..well, just loud, noisy and in-your-face. On ‘Trampolining’ the fuzz gets dialed down but there is some added bounce.

Speaking of bounce, there’s some evidence of how tracks and songs were bounced back and forwards between Scullion and Lyttle, and even more evidence in the album title, a shortening of Foilhummerum Bay where the transatlantic cable leaves from the west coast of Ireland headed for America. Certain songs have changed and evolved over the past year; for example, ‘Chinooks’ has become something dreamy and ethereal compared to early and folksier live versions but it still maintains the underlying imagery of being a child and growing up with the whirl of helicopters over your house. The addition of some lap steel guitar from Graham Bingham does the track no harm either.

‘Salt’ is just classic Malojian and wouldn’t sound out of place on any of the previous albums; an ironic, maybe whimsical take on the love/hate nature of authentic, real-world relationships.

Unlike ‘Salt’, ‘Golden Age’ is something very different but maybe the most pertinent and relevant track on the album. Opening with a hint of menace, the words tell the tale of how technology promised so much in the 1970’s and 1980’s (the “golden age” of the title) and the sheer joy of early games consoles and taping music onto cassette but then asks where has it actually got us? Sitting at home, only allowed out for essential trips and one period of exercise a day would suggest that what technology promised was very different from what it actually delivered.

It would be entirely possible to write a whole essay about ‘The Singularity’, which only gets billed as a bonus track on Humm. Slow, measured piano sees Scullion revisit the sadness of loneliness and the rise of modern media and communication. If there was single song that summed up self-isolation and a desire to re-connect with the outside world, then this is it. Scullion took the brave and generous steps of making separate recorded tracks of this song freely available to anyone who wanted to re-master, re-record or re-mix it. Already there are a mass of versions out there, covering pretty much the entire spectrum of modern music; check out the tag #JasonLyttleChallenge to see what people have done with it.

Stevie Scullion never baulked at putting great sounding musicians together to help produce the sound he was searching for and in addition to Lyttle, there are appearances from Gerry Love (ex-Teenage Fanclub), Joey Waronker (REM, Beck), Jon Thorne (Yorkston, Thorne, Khan) and Laura McFadden on vocals and cello.

I’m a bit embarrassed to admit that I only discovered Grandaddy a couple of years after they broke up. I have, however, been a fan of Malojian since his first solo album release. Each Malojian album is a gem and each builds and develops on what has gone before. The Beatles and Kinks influences on This Is Nowhere gave way to the Pet Sounds stylings of Let Your Weirdness Carry You Home. Humm goes somewhere else again; blending sounds, structures and genres to create a final product that is touching, uplifting and which offers a moment of escape from feeling trapped. I would argue that very few artists writing and recording today could pull this trick off, and while Malojian does not do it all on his own, he carries the bulk of the work in his own personal style.

There you go – after all that preamble – a review in one word. Style.