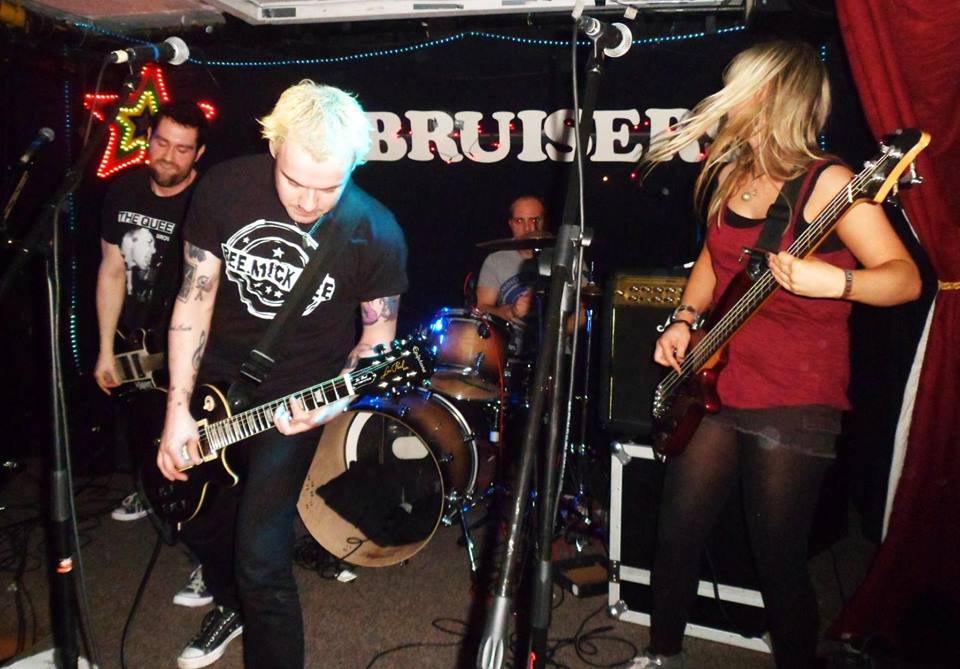 No Matter – Drop the Act

After a two year wait, we’ve another release from No Matter.

‘Postpone’ is a joyous and jaunty tune about grabbing the bull by the balls and making your mark. Adding Adam Sims (Dangerfields, Numskull) as a second guitarist has certainly beefed the sound up significantly and allows Dan to play some licks without worrying about the bass and drums carrying the music. Excellent first song.

‘Too Bad’ showcases bassist Cat on vocals. On the last release (‘Fidge’), her vocals were buried incredibly low in the mix, almost rendering them inaudible. This time, they’re a lot more prominent and all the better for it. Check out the neat middle eight.

‘Sick’ features some very cool surf influenced riffing, and drummer Jamie comes into his own on this track, referencing the infamous Bo Diddley beat. Plus how can you not love a song with lines like “I’m so sick of your stupid face/I need my fucking space”?

‘Contract’ is a neat inversion of ‘Postpone’, about the grind of ordinary life and how it eats away at you, while you’re fully aware that you can’t escape it. I also suspect that’s why, musically, it bears more than a passing resemblance to the band’s own ‘Gotta Go.’ Nonetheless, an excellent way to close the EP.

This is a massive step forward for the band after the poor production on ‘Fidge.’ The modus operandi throughout the whole thing is “attack” and it suits them. Maybe the vocals could do with being a bit louder in the mix, but that’s a minor issue.

Artwork wise, Mark Bell gives us a cover which appears to be the opposite of what we expect from No Matter. It hints at melancholia and fear of the unknown. However, a glance at the back cover gives away the secret behind the title. As a result, the cover becomes a cruel joke. No Matter in subtle shocker!

Just further proof at the richness of NI punk at the moment.